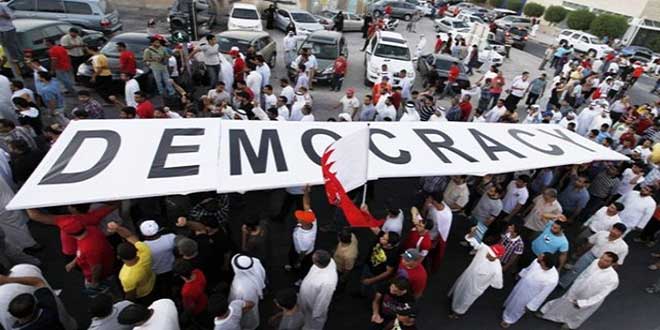 “O you who have believed, obey Allah and obey the Messenger and those in authority among you. And if you disagree over anything, refer it to Allah and the Messenger, if you should believe in Allah and the Last Day. That is the best [way] and best in result.) (Surah an-Nisa:59)

The Meaning of Ita’a (Obedience)

Ita’a ie obedience means to totally obey Allah and his Messenger in every command and to accept everything.

The Meaning of Ulil Amr

The Ulil Amr or the rulers means and refers to the leaders and rulers of the country or region, those who rule them and the people of knowledge. Allah has made their obedience obligatory and obedience to them is only in that which is good and righteous. So they are heard and obeyed in this issues.

And another hadith narrated from him ie Abu Hurairah (RadhiAllahu Anhu) mentions,

“Upon you is to obey them (ie the rulers) even at times of hardship, ease, happiness and sadness.” (Both narrations have been transmitted by Imam Muslim in his Sahih (3/1466-1467, Kitab al-Imarah)

It should be noted here there are numerous evidences in the Quran and Hadith which elucidate the obligation of obeying the Ulil Amr (The people people of authority). This is because Allah obligated us to obey the Messenger of Allah (Sallalahu Alayhi Wasallam) whereas the Messenger of Allah (Sallalahu Alayhi Wasallam) obligated us to follow the rulers and hence obeying the rulers is obligatory and mandatory. On the contrary disobeying them and rebelling against them is unlawful ie Haram.

“Whoever rebels against a Muslim ruler is one of the Khawaarij, has caused dissent within the Muslims and has contradicted the narrations and dies a death of the days of ignorance (Jaahiliyyah). It is neither permissible to fight the ruler or to rebel against him, even if he oppresses. This is due to the saying of the Messenger of Allah to Abu Dharr al-Ghifaaree, Have patience, even if he is an Abyssinian slave and his saying to the Ansaar, Have patience until you meet me at the Pool. There is no fighting against the ruler in the Sunnah. It causes destruction of the religion and the worldly affairs.” (Sharh as-Sunnah no’s 33-34)

“And hold firmly to the rope of Allah all together and do not become divided.” (Surah Ale-Imran:103)

and the authentic hadith states,

“Whosoever leaves the obedience and separates from the Jama’ah and he dies in such a state then he has died the death of jahiliyyah.”

“We do not accept rebellion against our Imam or those in charge of our affairs even if they are unjust, nor do we wish evil on them, nor do we withdraw from following them. We hold that obedience to them is part of obedience to Allah, the Glorified, and therefore obligatory as long as they do not order to commit sins. We pray for their right guidance and ask for pardon for their wrongs. (Aqidah Tahawiyyah no.72)

“We are ordered to make supplications for them (ie the rulers) to be upright. We have not been ordered to make supplications against them, even if they commit tyranny and oppression, since their tyranny and oppression reflect only upon themselves but their rectitude is good for themselves and the Muslims.” (Sharh as-Sunnah no.136)

“We follow the Sunnah of the Prophet and stick to the Jama’ah, we stay away from deviation, differing and divisions.” (Aqidah Tahawiyyah no.73)

Jama’ah here means the way of the Companions, the Tabi’een and the Taba Tabi’een and all those who follow them until the day of Judgement from amongst the group of Muslims. Similarly obeying them in guidance and opposing them is clear misguidance.

So this is the belief of Ahlus Sunnah pertaining to the rulers. Abstaining from rebelling against the ruler. This is more so when the rulers and their government call to and propagate acting upon the Quran and Sunnah as well as taking Aqidah from the Salaf us-Saleh, they order the prayers to be established and Islamic punishments. They rule the people with justice and establish peace and tranquility in the land.  Under such circumstances all the people that are ruled by them, should pray for them that they remain steadfast and upright and likewise help them as much as possible.

As for commanding good and forbidding evil, we can understand this from the words of Shaikh ul-Islam Ibn Taymiyyah,

“If by trying to achieve righteousness and completing good deeds and likewise and similarly commanding good and forbidding evil brings about more harm instead of good, then under such circumstances commanding the good and forbidding the evil is impermissible and this position is well known from Imam Ahmad.” (Al-Istiqamah 1/330)

“Do not ask about what I have not mentioned for verily the nations before you were destroyed for asking too many questions, differing and disagreeing with their Prophets. So whatever I forbid you, abstain from it and whatever I order you with, then try your best to do it.” (Sahih al-Bukhari, Kitab Eitsam, Sahih Muslim Kitabul-Hajj)