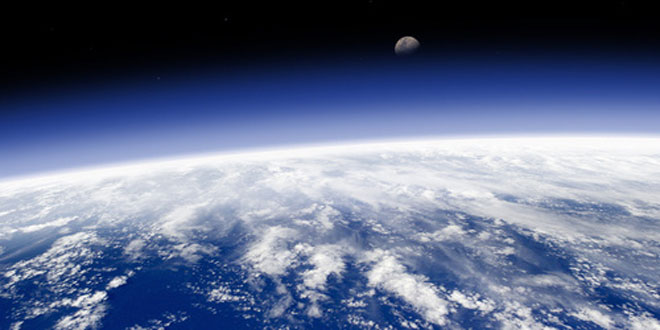 Following the Prophetic Sunnah or a Madhab

In our times we have crippled the minds in telling each other to stick to the madhabs and the opinion of the madhabbecause we are lay people. Ok indeed we are compared to a mujtahid, but since when have we said we want to make our own ijtihaad, which is a horrendous lie upon us. We just say an authentic hadeeth comes to you and opinion of a scholar of Ahlus Sunnah is known by it then we just act upon it.

“Whoever obeyed all of the commands of anyone other than the Messenger of Allaah (Sallalahu Alayhee Wasallam) and deemed it obligatory to accept everything he said, holding him to be infallible or strictly maintained all of his commands and speech concerning such commands, then that person has likened him to the Messenger of Allaah (Sallalahu Alayhee Wasallam) and specifically his prophecy. This is the case even if those individuals (who were likened) were some companions, The Ahlul Bayt, or some Imaams or Scholars or the rulers of the time.” (Jaam’e ar-Rasaa’il (1/273)

This statement of Shaikh ul-Islaam shows that the muqallideen do in actual fact do this, however we dont believe they hold their Imaams or the scholars of their madhabs to be infallible, but in theory they do and this could be understood in terms of the issues that when the madhabs contradict the authentic Sunnah they still stick to the madhab.

Furthermore the muqallideen deem it obligatory to accept everything a madhab says because they have already stipulated some stringent conditions, for example you don’t have any knowledge hence you have to stick to everything the madhab says and when you gain the level of being a mujtahid then you chose. We ask is this not a roundabout way of establishing the obligation of accepting everything a particular Imaams says? Yes of course it is.

The irony here is the muqallideen of the past were better as they stuck and adhered to what only the great Imaams said yet nowadays the neo muqallideen of our time say just follow the madhab not knowing exactly who said such things. Yes they do put some arguments forward but essentially the key point is they are still following the opinion of an unknown entity whether this is the opinion of a multitude of people or singular. Yet a great majority from amongst the muqallideen are still on this taqleed shaksi ie taqleed of one particular individual and the neo muqallideen are also upon this but they don’t say this.

Let not some hot headed muqllids assume we are saying it is impermissible to learn a madhab or from a madhab, surely there is no harm in this and in certain times this may even facilitate learning and ease that process, the issue and contention is changing when authentic evidences reaches you. This is the manhaj of the great scholars of Ahlus Sunnah today.

For instance this is well known the usooli hanafi scholar Karkhee said,

“The ayah of the Quraan that opposes the statement of our ashaab (ie the Hanafee scholars) should be considered to be figuratively explained or it should be understood to be abrogated. Similarly any ahadeeth that contradicts and opposes the statement of our ashaab it will also be figuratively explained or understood to be abrogated.” (ar-Risaalah Fee Usool al-Hanafiyyah pg.169-170 and also commonly known as Usool Karkhee).

Such principles are the culmination of staunch bigotry for a madhab or a particular Imaam and it is also evident such bigotry is still prevalent today above and beyond reality. In reality such levels of following and obedience should be directed towards following the Prophet Muhammad (Sallalahu Alayhee Wasallam) and his Ittibaa and the madhab of the Salaf.

The Salaf us-Saaliheen and the Imaams of the Sunnah have totally warned against blind following ie taqleed and censured such muqallids who abandon and leave the Islamic texts for the statement of their Imaams or madhab.

This is why Imaam Shaafiee said,

Again one of the Salaf who the people blindly follow is making it crystal clear if the Sunnah becomes known it is mandatory to follow it and abandon the statements or opinions of men that contradict the Sunnah. We don’t see this great Imaam and Scholar from the Salaf stipulating and laying down conditions of him being a mujtahid or not or referring to his Islamic level. For Imaam Shaafiee it was clear, the Sunnah is accepted and everyone’s statement in contradiction to the sunnah is rejected

Sheikh ul-Islaam Ibn Taymiyyah goes onto say and explain that,

“This comparing of statements and taking the statement or opinions or giving them precedence  over the Prophets was the habit and norm of those who opposed and denied the Messenger rather in fact it is basis of kufr.” (Darr Ta’arudh al-Aql Wan-Naql (5/204)

Our norm dear readers should be if a hadeeth is authentic we accept it and put it into practice whatever the circumstances are, even so if it opposes and differs with the madhabs and no doubt this will be worthy of great fruitful rewards and knowing in our hearts we are following the Messenger of Allaah (Salallahu Alayhee Wasallam)