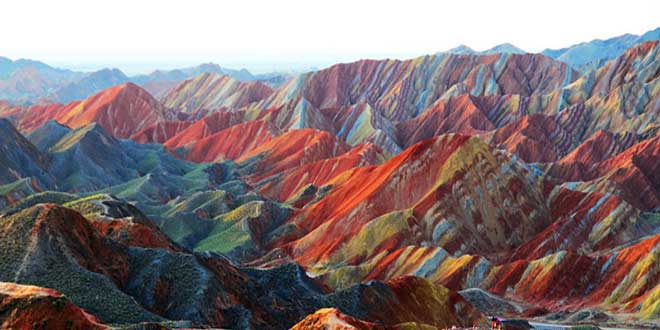 This is because some of the people have had the doubts heaped upon them and they are far removed from the era of the Prophethood and far removed from the light of Prophethood. As a result they fall into innovations such as these; and these innovations take the person outside the fold of Islam. We say, denying that Allah will be seen in the afterlife is disbelief, as is denying that Allah is above His creation, and claiming that the Koran is created is also disbelief, major disbelief.

But as for the one who says, I bear witness that no one has the right to be worshipped except and Allah and Muhammad is the Messenger of Allah and he prays and he fasts and he desires paradise and he believes in it etc, etc; then perhaps some of the doubts of the people of falsehood came to him and piled up upon him until he fell into the aforementioned innovations.

Then we say to him, you fell into disbelief and the proof is this and that and we make it clear to him. So if Allah gives him the success to return to the truth then all praises belong to Allah, if not then we will say he is a disbeliever only after the proof has been established against him. As for the innovation that is sin then it is different than this.

For example I see him with rosary beads (dhikir beads) these rosary beads, oh my brothers, there origin is taken from the Christians and the Hindus! These beads are something which is foreign to the Muslims. Who were they taken from? (They were) taken from the Hindus and the Christians, the Christians took them from the Hindus. And I have seen for myself a Christian monk wearing these beads and a Hindu monk wearing these beads and they were using these beads and now the innovators from the Muslims have taken these beads from them. And other than this from the different types of innovations such as the different types of remembrance that have in them deviation from what is correct as for these types of innovations we don’t say they remove someone from the fold of Islam. We don’t say that a person has left Islam except with proof, and we don’t say that a person is a sinner (fasiq) except with proof. So although it is bida you don’t automatically make him a sinner because of it, but he becomes a sinner after it has been made clear to him after it has been made clear and he stays upon this bida then he becomes a sinner (fasiq).