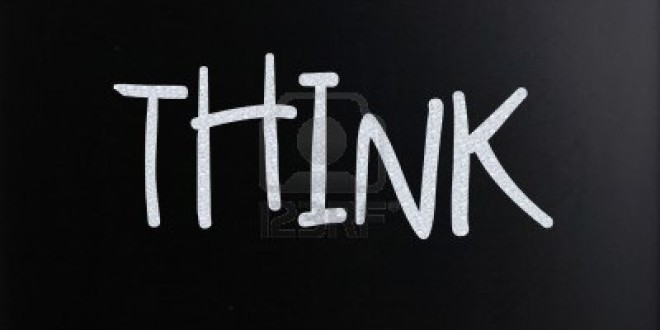 One of the traits of the people of innovation is that they limit and restrict their understanding of Islam to either a single individual, a city or even a region. Ahl al-Sunnah, the Salafis and the people of Hadith are free from this confined and dangerous restriction. With us, the understanding of Islam is with the great scholars of this ummah, of the past and present, whatever land they resided in.

Why are the Deobandis, Barelwis, Ikhwan al-Muslimin, The followers of al-Qadiyani, Ghulam Ahmad Pervez, al-Mawdudi, Sayyid Qutb, Hasan al-Banna, Muhammad Surur, Javed Ghamidi, Hasan Turabi and all of the early deviated sects refuted and reprimanded, while their is an open door policy with those who distort and desecrate the Manhaj of Ahl al-Sunnah while feigning Atharism or claiming they are upon the way and Manhaj of Ahl al-Sunnah?

Let us be clear and unequivocal, no Sunni or Salafi differs with cooperation with anyone so long that it is based on the Quran and Sunnah. This is further understood and applied to those issues and difficult masa’il that affect the everyday lives of the Muslims. For example in the non-Muslim lands, cooperating on issues related to the burial, post mortem, schools, education, social welfare, the Hijab, the unjust and unfair persecution of Muslims, religious profiling, discrimination at work, prayer and Wudu facilities at civic buildings, religious laws and the list is endless.

A real life example of this in the UK for example was when the fame seeking Salman Rushdie published his shambled book, where the Muslims cooperated in repelling its evil.

Let us also remind the readers, in these matters the Salafis and Ahl al-Hadith have worked effortlessly in attempting to bring ease and harmony to the lives of Muslims living in the west, however the people of innovation have always been treacherous and disloyal. For example when the UK Government, Gove and his cohorts were and are still targeting Salafi and Ahl al-Hadith orientated Schools and teaching institutes, did we see any help or cooperation by the people of innovation? Of course not!

The elder scholars of the Ahl al-Hadith in their respective countries, displayed a great level of understanding to navigate through the gauntlet of trials and obstacles placed by the people of innovation. It was this careful and thoughtful traversing based on deep insight that allowed the Da’wah of the Quran and Sunnah to flourish with Allah’s aid and assistance alone.

The Salafi scholars were and are never like this. It is this rich history of the Ahl al-Hadith which distinguishes it from the people of innovation and deviation, unlike those who are new to the pristine and established methodology of the Ahl al-Hadith, the Mutaqdimin and the Mutakharin, such that they have ignorantly convinced themselves and those around them of a new methodology and approach which not only is non-existant, but rather it opposes and contradicts a methodology that was understood, practised and propagated for almost 1400 years!

Lastly, these matters should be understood based on the methodology of Ahl al-Sunnah, past and present, not just India, Pakistan, Saudi Arabia or Turkey. We ask, show us this methodology of deaf and blind unity and cooperation with the people of deviation and heresy from the early Imams and the Salaf of this Ummah.

Shaykh Abd al-Aziz bin Baz, Rahimahullah, who was the most well wishing to the Ummah was asked,

QUESTION: Is it permissible  to cooperate with the Islamic groups active in the field? To what extent is cooperation permissible? Please advise, may Allah reward you with the best!

ANSWER: It is permissible and even obligatory to cooperate with all Muslims in righteousness and piety as much as possible because Allah (Glorified and Exalted be He) says:

“Help you one another in Al-Birr and At-Taqwa (virtue, righteousness and piety); but do not help one another in sin and transgression.” (Surah Al-Ma’idah, 5:2)

It is cooperating in righteousness and piety and enjoining one another to adhere to the truth and showing patience to clarify the rulings of Shari’ah (Law) and warn against Bid’ah (innovations in Islam) and to make clear the sound creed followed by the Salaf (righteous predecessors of the Ummah (nation based on one creed), the Companions of the Prophet (peace be upon him) and those who followed them in righteousness.

Cooperation and recommendation is to enjoin what is right and forbid what is wrong and to abandon those worthy to be abandoned because Allah (Glorified and Exalted be He) says:

“The believers, men and women, are Awliya’ of one another; they enjoin  Al-Ma’ruf , and forbid (people) from Al-Munkar ; they perform as-Salah, and give the Zakat, and obey Allaah and His Messenger. Allah will have His Mercy on them. Surely Allah is All-Mighty, All-Wise.” (Surah At-Tawbah, 9:71)

“Those among the Children of Israel who disbelieved were cursed by the tongue of Dawud (David) and ‘Isa (Jesus), son of Maryam (Mary). That was because they disobeyed (Allaah and the Messengers) and were ever transgressing beyond bounds. They used not to forbid one another from Al-Munkar (wrong, evil-doing, sins, polytheism, disbelief) which they committed. Vile indeed was what they used to do.” (Surah Al-Ma’idah, 5: 78)

The similitude of believers in regard to mutual love, affection, fellow-feeling is that of one body; when any limb of it aches, the whole body aches, because of sleeplessness and fever.

Islam is based on advising one another. Upon this we said: For whom? He replied: For Allah, His Book, His Messenger and for the leaders and the general Muslims. (Related by Muslim in his book of Sahih (authentic) Hadith).

There are many Ayahs and Hadiths to the same effect.