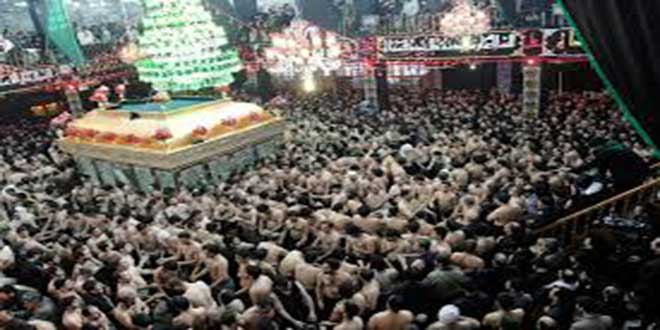 The Shia Papers Part 2 -The Aqidah Of The Rafidhah Shia Concerning the Companions, Abu Bakr, Umar & Uthmaan from the Children of Hasan and Hussain (RadhiAllahu Anhuma)

In this day and age when Ahlus Sunnah Wal-Jama’ah have expounded and virtue and love of the companions overwhelmingly the Shee’ah Raafidhah have had no choice to manifest their deceptive behaviour and once again change their stance and approach. Now they say they were not disbelievers but inferior in virtue to Alee (RadhiAllaahu Anhu) and hence he had superiority over all companions and should have been the First Caliph.

Irrespective of what the Shee’ah Raafidhah say in this day and age it does not hold any value nor will their statements substantiate their beliefs due to them concealing their faith and lying, namely taqiyyah and kithman. Therefore in order to ascertain the beliefs of the Shee’ah Raafidhah it is important to consult and refer to their classical and unilateral works.

Kulainee reports from Ja’afar who said,

Concerning the verse which mentions

“There are numerous and plenty of ahadeeth which allude to the kufr (disbelief) of Abu Bakr (RadhiAllaahu Anhu) and Umar (RadhiAllaahu Anhu), they also allude to the innovations they formulated. They also allude to acquiring reward for cursing and abusing them and for also disassociating and shunning them. These ahadeeth number so many that they can be compiled into one or many volumes.” (Bahaar al-Anwaar pg.330)

Majlisee says after citing a report that

Majlisee said in another work,

The Shee’ah Raafidhah on the day of Ashoora bring a dog which they call umar and they vehemently hit the dog with sticks and stones, until it dies. Then they bring a little goat which they name aishah and they pull its hair right out from the roots and hit it with their shoes and slippers until it also dies. (ASTAGFIRULLAHUl-A’DHEEM) (Tabdeed adh-Dhulaam Wa Tanbiyyah an-Niyaam pg.32)

Similarly they celebrate a day of festivities and feasts on the day Umar (RadhiAllaahu Anhu) was martyred and they give an honorary title to the cowardly assassin Abu Lulu al-Majoosee, as Baba Shuja ud deen (The Bold and Brave Saint of the Deen) (al-Kunaa Wa al-Qaab 2/55 of Abbaas al-Ajamee)

This clearly shows the Shee’ah Raafidhah are liars and they lie and the normal shee’ah masses get engulfed and subjugated with such beliefs without realising the true reality of such issues. Be brave and leave these foolish concepts and know that one day you will die and face Allaah, do not think about what your family and friends will think if you abandon such beliefs and the shee’ah religion rather think what will happen on the day of judgement when Abu Bakr as-Siddeeque, Umar bin al-Khattaab, Uthmaan ibn Affaan and Alee bin Abee Taalib and all of the companions (May Allaah be pleased with all of them) are standing with the Messenger of Allaah (Sallalaahu Alayhee Wasallam) and your asked why were you cursing and abusing my companions?

We further ask the Shee’ah Raafidhah since when have they starting naming their children with names that belong to non muslims (according to their incorrect beliefs) its hypocritical and disillusional. It is like the Shee’ah Raafidhah saying we will name our boys as salman rushdie, barack obama, george bush or tony blair or name our women as hirsi ali or amina wudud it does not make sense.

Alee Akbar (some reports his name was Umar), Abdullaah

A’un, Muhammad Ridhwaan (May Allaah be pleased with all of them)

Dear readers note why did the household of Alee (RadhiAllaahu Anhu) name their children Abu Bakr, Umar and Uthmaan, it is a point worth noting. This also shows clear enmity and animosity