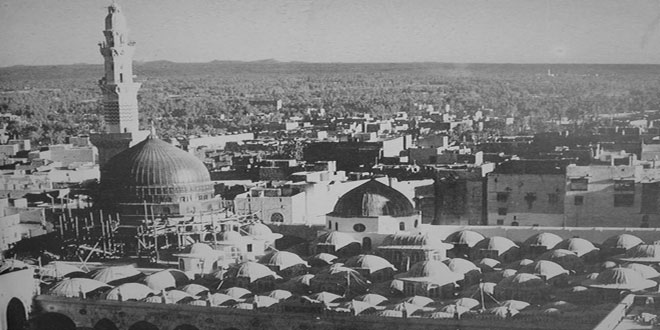 The Mawlid Papers Part 6 – Celebrating Mawlid (Milad) In Light of the Understanding of The Companions, the Successors and their Successors And The 4 Imams.

We previously explained the legal status of the customary celebrations of the Prophets birthday and in this regard we clarified such a practice is not mentioned in the Quraan or from the Prophet (Sallalahu Alayhee Wasallam) by the way of his statement or actions.

It is transmitted from Irbaadh ibn Saariyyah (RadhiAllaahu Anhu) that he said, “One day the Apostle of Allah (Sallalaho alayhee wasallam) led us in prayer, then faced us and gave us a lengthy exhortation at which the eyes shed tears and the hearts were afraid. A man said: Apostle of Allah! It seems as if it were a farewell exhortation, so what injunction do you give us? He then said: I enjoin you to fear Allah, and to hear and obey even if it be an Abyssinian slave, for those of you who live after me will see great disagreement. You must then follow my sunnah and that of the rightly-guided caliphs. Hold to it and stick fast to it. Avoid novelties, for every novelty is an innovation, and every innovation is an error.”

“The Best Speech is the Speech of Allaah, And the Best Guidance is the Guidance of Muhammad, To proceed the worst of the affairs are the newly invented matters and every innovation is misguidance.” (Muslim on the authority of Jaabir ibn Abdullaah)

And the narration of an-Nasaa’ee mentions,

In addition to an-Nasaa’ee, the four Sunans, Musnad Ahmad, Abee Ya’laa and Tabaree have cited another narration with a similar wording, “The Beloved Messenger of Allaah (Sallalahu Alayhee Wasallam) said,

“The Jews split into 71 sects. The Christians split into 72 sects and this Ummah will split into 73 sects and all of them will enter the fire except one. We said, Who will that be Oh Messenger of Allaah? He replied, “Whoever does something similar to me and what I am upon (in another narration, “today”) and my companions are upon.”

Yet when we search for this customary birthday celebration we cannot find this in any of their lives. We do not find the Messenger of Allaahs (Sallalahu Alayhee Wasallam) birthday being celebrated in the time of the first Khaleeph Abu Bakr, nor in the time of Umar, Uthmaan or in the life time of Alee (RadhiAllaahu Anhuma ajma’een). In reality if we look at the lives of the 124,000 companions we do not find a single mention via their statements or actions concerning this practise. So the action that was not practised, endorsed or mentioned by them cannot be a part of the Sharee’ah of Islaam in this day and age. One must bear in mind the companions were from amongst those people who were willing to give their lives for the Messenger of Allaah (Sallalahu Alayhee Wasallam).

Furthermore we wish to also express our concern about the ill thought about the companions (and we seek refuge in Allaah from this) that they really did not love the Messenger of Allaah (Sallalahu Alayhee Wasallam) as much as those who celebrate his birthday in this day and age, this is indeed an ill thought.

The Prophetic saying in Bukhaari and Muslim is,

So the Prophet (Sallalahu Alayhee Wasallam) declared the period of his companions, their successors and then their successors as the best generations compared to all other generations to ever come until the day of Judgement. At the same time we do not find anything mentioned from the companions, the taabi’een and the tab’a taabi’een concerning the Mawlid (Milaad), no one from these 3 blessed generations celebrated his birthday.

Lastly the four Imaams of the juristic Schools of thought, the Imaams of jurisprudence, from the likes of Imam Abu Haneefah, Imaam Shaafi’ee, Imaam Maalik and Imaam Ahmad ibn Hanbal did not endorse this. If we look at their books of fiqh and issues of jurisprudence we will not find any of them endorsing or practising this Mawlid. In the same manner nor did any of the other Imaams or Scholars of Hadeeth ordered such a practice.

Then dear friends when this practise did not even exist in the first three generations, in fact it did not exist for 625 years since the advent of Islaam, therefore claiming it is permissible and worthy of reward is nothing but playing with the Sharee’ah and blind arrogance.

Furthermore the status of this Mawlid further worsen when music and singing is introduced into it, whether this is given any specific name or if its Qawaalee (traditional trance Soofee music). They also formulate their own dhikrs and invocations some of which are clear innovations and some are just pure and clear shirk. Sometimes these invocations are based on calling upon other than Allaah and so on. Similarly they indulge in extreme exaggeration of the Messenger of Allaah (Sallalahu Alayhee Wasallam) in such Mawlid gatherings to the extent that sometimes they raise the Prophet to the rank of Uloohiyyah and sometimes even surpass that.

From his book ‘Celebrating Milaad On the Day Of Messenger of Allaah (Sallalahu Alayhee Wasallam) Died’ (pg.19-24)