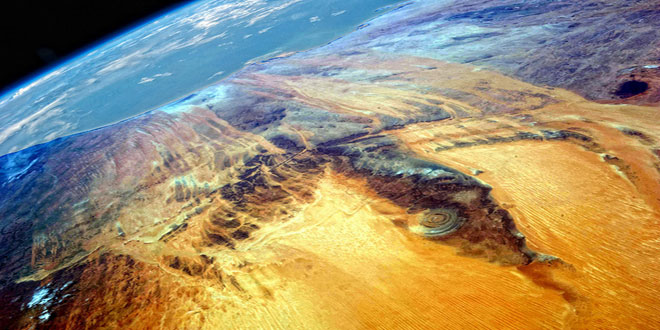 I clarified this in the previous parts this method, of asking a reputable scholar of the Sunnah a question and following it based on evidence is not taqlid and this is undoubtedly the mainstream view of the Ahl al-Hadith and inshallah we shall bring further names to support this claim. In comparison to the senior, well known and famous scholars of the Ahl al-Hadith, the younger students who are virtually unknown have little significant value. Let us look at what Shaikh Abdullah Rawpari (d.1384/1964) said. However before we progress and present Shaikh Abdullah Rawpari’s words let us look at some of the other members of his family said and again we shall keep this brief.

Shaikh Abdul Wahhab Rawpari, who is is from the Shaykhs grandson cousin said in the introduction Taqlid or Ulaa Deoband,

“This group only follows i.e. does ittiba of the Messenger of Allah (Sallalahu Alayhi Wasallam) and does not do taqlid of any specific Imam or Mujtahid because all taqlidi methodologies were formulated in later years and this is why, when the concept of taqlid shakhsi reached its peak that is when divisions and sectarianism took hold.” (Taqlid Aur Ulama Deoband p.11)

Although he talks and refers to taqlid shakhsi, it shows 2 things, the non existent of the concept of this taqlid wajib idea and he also further clarifies this in a footnote in the book which we shall cite later inshAllah.

“On this basis accepting the Quran and Hadith is is not taqlid nor is accepting Ijma taqlid..(he goes onto say) accepting the statement of a companion is also not taqlid because it is similar to the hadith. accepting the statement of Imam Abu Hanifah or Imam Shafi’i without the knowing the evidence if taqlid (this is exactly like taking the statement of a mujtahid without evidence). So we have two possibilities the first is, an issues arises and the individual himself is a scholar, then he should research the Quran, Hadith and the statement of the companions for an answer and if he finds it, it is good. If he cannot then he should retort to the view of the Imams and the scholars of the Salaf which is prominent from the angle of the evidence and take it. If at times he has to do ijtihad and deductions then he should not go outside of the view of the salaf. If he is a lay person then according to the command in the ayah, Fasalau Ahl al-Ziki In Kuntum la ta’lamun, as the people of zikr if you not know.

The second type or possibility is to hold the inherent mindset to follow and accept the statement of only one Imam and that he would seek out and only search for his statement in every issue. If he is a scholar he does the same i.e. to find the statement of that particular imam and if he is a lay person he ask the scholars of his madhab as well as others what is the view of the imam in such and such statement,

The first type is the methodology of the Ahl al-Hadith and this was also the way and mindset of the salaf, hence Shah Waliullah has detailed this discussion in his treatise Insaf and i have also mentioned this in detail in my book, Ta’rif Ahl al-Hadith part 1, and also in this treatise and in a summarised form in other works, whether anyone calls this way TAQLID OR ITTIBA.” (Taqlid Aur Ulama Deoband p.13-14)

Shaykh Abdul Wahhab Rawpari puts a footnote at the end at the bottom of page 14,

“Some people call this taqlid however what is correct is that this is ITTIBA because this methodology is on the basis and in accordance with evidence and following based on evidence is ittiba and not taqlid.”

More can be cited from Shaikh Abdullah Rawpari’s work and the scholars of this learned family highlighting the concept of Ittiba and not taqlid as we ascertained is the mainstream of the elders of the Ahl al-Hadith.

If one looks at the books of Shaykh Abdul Karim Zaydan, both in Jam’e al-Usul and al-Wajiz Fi Usul al-Fiqh we will find he cites both views and says in both books that this issue is very simple and that Allah has obligated the believer to to Ittiba of Allah and his Messenger and the lay person asks a mujtahid if he does not know. There is no mention of the latter form being taqlid. This is what the Ahl al-Hadith are upon and also the view of the mainstream scholars of Ahl al-Hadith