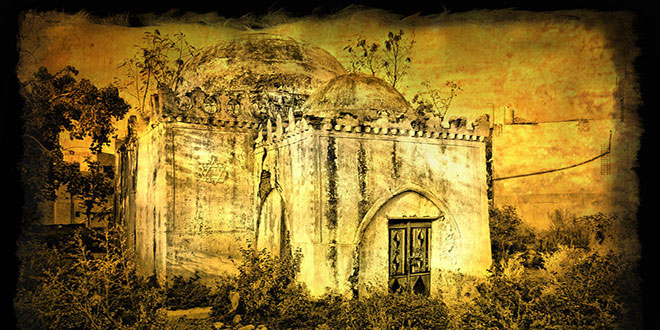 All success lies with Allah. It is permissible to give Zakah to a masjid; no textual evidence has been transmitted which prohibits this. One of the eight (8) categories mentioned in the Quran who we can give Zakah too is, Fi Sabil Allah ie in the way or path of Allah

“Zakah expenditures are only for the poor and for the needy and for those employed to collect [zakah] and for bringing hearts together [for Islam] and for freeing captives [or slaves] and for those in debt and for the cause of Allah and for the [stranded] traveler – an obligation [imposed] by Allah. And Allah is Knowing and Wise.” (Surah Tawbah:60)

These are inclusive and complete words which thus include all aspects and actions which are done in the path of Allah and they are not restricted to popular struggle. Other Ayahs mention,

“The example of those who spend their wealth in the way of Allah is like a seed [of grain] which grows seven spikes; in each spike is a hundred grains. And Allah multiplies [His reward] for whom He wills. And Allah is all-Encompassing and Knowing.” (Surah al-Baqarah:261)

“Those who spend their wealth in the way of Allah and then do not follow up what they have spent with reminders [of it] or [other] injury will have their reward with their Lord, and there will be no fear concerning them, nor will they grieve.” (Surah al-Baqarah:262)

“And spend in the way of Allah and do not throw [yourselves] with your [own] hands into destruction [by refraining]. And do good; indeed, Allah loves the doers of good.” (Surah al-Baqarah:195)

The people of knowledge include all aspects that are considered to be good and virtuous in the path of Allah without limiting and restricting them to popular struggle. Similarly, the people of knowledge collect money for their madaris-institutes of learning. They do not have any other specific evidence except that they also use this understanding, ie in the path of Allah-Fi Sabil Allah.

Imam Ahmad bin Hanbal also uses this ayah to deduce the permissibility of helping and supporting a person on Hajj with Zakah and asserts Hajj is also included in the understanding of Fi Sabil Allah. (Ibn Kathir said in his Tafsir (2:366), according to al-Imam Ahmad, al-Hasan (al-Basri) and Ishaq (Ibn Rahawaih)

Furthermore, Imam Bukhari also understands Hajj to be from Fi Sabil Allah in his Sahih and goes on further to cite a report from Ibn Abbas (RadhiAllahu Anhuma) and a marfu hadith in note form (Ta’liqan)

In conclusion, Fi Sabil Allah is not only restricted or limited to popular struggle but rather and in fact all righteous and good deeds are inclusive of this. The Prophets mosque itself was extended with money from the Bayt al-Mal.

“Oh Abu Fadl (ie the kunyah of Abbas) the masjid has become small for the Muslims and thus I have purchased all of the surrounding houses except yours and Ai’shah’s (RadhiAllahu Anha) apartment. We can financially reimburse you for the price of your house from the Bayt al-Mal so that we can extend the mosque.” Abbas (RadhiAllahu Anhu) said, “If this is the case I’ll give my house in Sadaqah for the Muslims but if the reason is contrary to this then I will not sell.” The narrator mentions Umar (RadhiAllahu Anhu) marked his house to separate it from the others and paid for it by using money from the Bayt al-Mal” (Tabaqat al-Kubra (4:21), Daraqutni weakened him and Ibn Hibban said it is not permitted to narrate from except in matters pertaining to property from Yazid bin Harun)

Furthermore, the jurists are also of the view of its permissibility,

“al-Razi said it is not necessary to understand the meaning of Fi Sabil Allah ie in the path or way of Allah to only mean and be restricted to war expeditions. Imam Qaffal has cited from some jurists in his Tafsir the permissibility of spending money from sadaqah on all righteous actions, for example money for burying the deceased, making a castle for the Muslims and for building a masjid. This is because all of these actions and affairs fall under the understanding of Fi Sabil Allah.” (Cited from Tafsir Mahasin al-Tawil of Jamal al-Din Qasimi (8:318)