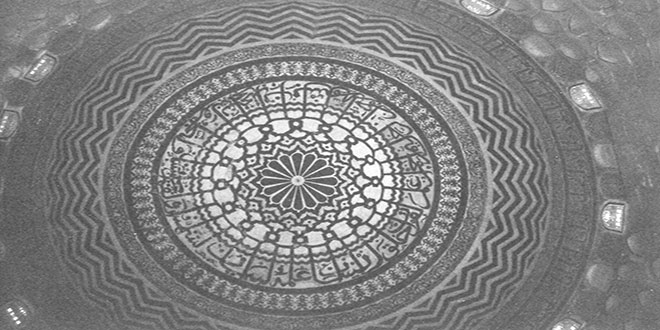 Yasir Qadhi (YQ) deserves some neat attention due to his continuous manipulation of facts and for presenting Salafiyya with a warped view. There are no long intros or background information. I have never held YQ to be Salafi and I informed him of this when we both use to be on an emailing list called the Salaflist back in 2000 and more recently in December 2018 when I met him at the Future of Salafism Conference in Oxford. I will share more information related to his arrogant demeanor and persona, as noted by most of the academics present at the conference, his condescending and egotistical mannerisms towards Muslims and non-Muslims alike including his idolatrous shift in beliefs.

YQ immaturely claimed the Salafi approach for dealing with the issues the Muslims face in the West, was inept, inadequate and essentially lacked the sophistication. He, most likely got irked by the traditionalist approach of Quran and Sunnah and perhaps sought a more philosophical rationalist approach.

Instead of looking at the approach of the Salafi Scholars who were specialists in fiqh and modern issues like, Shaykh al-Albani, Shaykh Ibn Baz, Shaykh al-Uthaymin and Shaykh Bakr Abu Zayd to mention a few, he resorts to the works of a fellow Yale associate, Professor of Political Science, Andrew F. March. YQ takes from Andrew March, who in turn uses the idea of the American Philosopher John Rawls.

Andrew March, in his book Islam and Liberal Citizenship: The Search for an Overlapping Consensus, which was basically his DPhil (Doctor of Philosophy) in Politics titled, Islamic Doctrines of Citizenship in Liberal Democracies: The Search for an Overlapping Consensus. (St. Johns College, Oxford, 2005), describes Rawls ideas as Rawlsian Political Liberalism. Rawls had a number of theories which he documents in a number of his works, which can be summarised as follows; The Justice Theory which talks about distributive justice and attempted to reconcile the competing claims of the values of freedom and equality. He argues for Political Liberalism, in which citizens of various lands who are divided by inflexible religious and philosophical disagreements could come to endorse a constitutional democratic regime and the idea of global justice.

In simpler words, this is the western idea and mirror reflection of the ideas of Sayyid Qutb and Mawlana Abul A’la Mawdudi of social justice, the democratic and political process as exemplified by the Ikhwan al-Muslimin.

YQ developed this ideas during his studies in Yale, where, as he claims was ‘enlightened’ spent time with Andrew March. YQ affirms this and says in the comments section in his diatribe of an article, ‘On Salafi Islam’ states that Andrew March was personal friend and in the same article he goes on to say about him,

“He has done admirable work and we NEED TO BENFIT from such works wherever they come from.”

YQ describes and borrows from March, a number of ways in which Muslims can live and how they see their relationship with the secular state. He then presents his case further and one alternative model which March believes can be a possible alternative model or mode in which Muslims can abide and live in a western secular state. YQ describes this and says:

“This model posits that when the wider community (in our case, the American Constitution) guarantees certain rights of security and religious freedom, and when Muslims have agreed to take advantage of these rights, in return they will consent to obey laws even if they do not derive from Islamic principles.”

“In this model, religious constituents would acknowledge and agree that while the existing system of government is not divine, it is sufficiently just or acceptably legitimate in many areas, and thus may be actively endorsed.”

YQ then goes onto say that this is the most dominant view among the Sunni scholars like Yusuf al-Qaradawi and Abdullah ibn Bayyah, while he has some finer critique of it. (Modern Islamic Authority and Social Change, Evolving Debates in the West Vol 2 p.173, Edinburgh University press, 2018)

Essentially what YQ is saying, based on the works March and John Rawl is the Rawlsian Political Liberalism theory, which translates to what the Salafis say, that Muslims living in Muslim countries and Muslims living in Non-Muslims due to our covenant with them based on Islamic legal rulings, we do not rebel or make khuruj but rather obey the rulers. However, YQ and his ilk define and berate the same theory labelling it Madkhalism, mocking it and throwing the term around like dishwater. Modern academics have described this theory as the purists or quietists trend of Salafism.

So, YQ is a Madkhali because he pushes the theory of obeying the rulers of the secular state living in the west and this is the academic fraud of YQ, whereas the Salafis have resorted to the divine textual evidences to come to the same legal ruling.

YQ’s pal, Andrew March also published Islam and Liberal Citizenship (Oxford University Press, 2009), which is an exploration of the Islamic juridical discourse on the rights, loyalties, and obligations of Muslim minorities in liberal polities. He often writes on religion, liberalism, and Islamic law, which when coupled can be disastrous for anyone.

This is the reason why YQ has shifted his theological and methodological foundations and is now adamant to misguide others. He also has little helpers, who are vile ikhwanis parading around as Salafis, who are shameless in defending and promoting YQ despite this deviant shift.