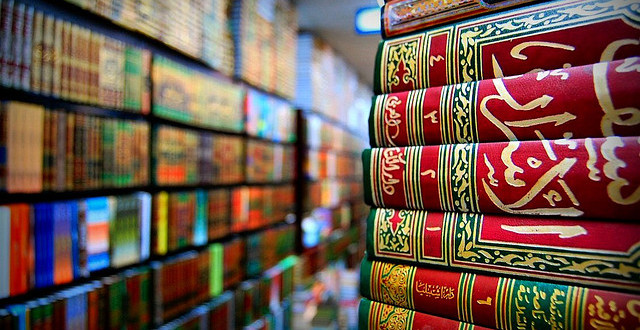 “These people read a few books here and there and they think they have become Mujtahids of the era.”

This is an old sickness of the muqallidin which they employ due to their desires, in order to declare the scholars of Ahl Al-Hadith ignorant and also a trick to deceive the ignorant people. They do not sense an accomplishment unless they say these words. It is stated in  ‘Din al-Khalis’ (2:138) (Of Shaykh Nawab Siddiq Hasan Khan),

“These people are extremely harsh with someone who issues a verdict according to the Quran and Sunnah, they declare him to be an ignorant person while ignoring his verdict due it to being contrary to the verdicts of their leaders whom they consider to be upon the truth.”

“And those who have wronged are going to know to what [kind of] return they will be returned.” (al-Shu’ra:227)

This is just idle speech and had they proven the Ahl al-Hadith were ignorant from the statements of scholars it would have been considered and looked into, is it not be the case and the opposite that the scholars have declared the muqallidin ignoramuses.

“Abu Amr (Ie ibn Ibn Abdul Barr) and other scholars said the people are agreed and have a consensus (Irma) that the muqallid is not considered to be from the people of knowledge.”

“It is known the scholars are blessed with knowledge and the Ignorant people of taqlid said to the people of knowledge they were enemies.”

“The ruling on the muqallid is that he is a lay person (i.e. jahil)”

Dear readers, no scholar has expressed taqlid to be knowledge and therefore one cannot ascertain points and views just by uttering them. Knowledge is what Allah and his Messenger ﷺ said and what the companions said and not anything contrary to this. Mulla Ai Qari said in Sharh Fiqh al-Akbar,

“Anything which does not have Akhbarana or Hadathana (i.e. he informed us or narrated a hadith to) are satanic whisperings.”