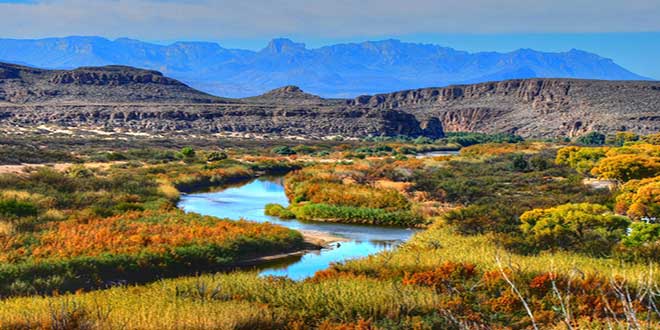 Answering Gibril Fouad Haddad, His book ‘Al-Albani and his Friends’ And The Barelvi Sufis – Part 3 – The Fabrication of Kissing the Thumbs In Adhaan

There is not a single example from the Prophet life that by passed the Muslim Ummah. The act of worship such as the Adhaan is done five times a day which was legislated 10 years after Hijraa and it was done In front of the prophet (Sallalahu Alayhee Was-Sallam) in Madeenah, and in the books of ahadeeth we have its history and the Mu-adhdhin. But it is not in a single narration that one should kiss his thumbs on hearing the Adhaan, if we do want to kiss something then we might as well as kiss the Muadhdhin lips who utters the A’dhaan five times a day. This action of kissing the thumbs on hearing the Adhaan was never practiced during the time of the pious predecessors.

The narration is that which is attributed to Abu Bakr as-Siddeeq (Radhiallaahu Anhu) that when he heard the Mu-adhdhin say “Ashhaadu anna muhammadur rasoolullah” he would kiss his thumbs and fingers (Index) and then touch his eyes and the prophet saw said whoever does this like my beloved has done then my intercession will be compulsory for him.

If the hadeeth is not Saheeh then how can you act upon it. Ahmad Yaar khan Bareilwee quotes Sakhawi that he said “wa lam yasaheeh” and translates it as “its level of authenticity does not reach a high level”. What Muhammad Umar did was even more strange, he mentions the hadeeth from Tadhkirrah al-Mawdhoo’aat and al-Mawdhoo’aat Kabeer and does not mention “la yasaheeh” deliberately.

In addition to this, it opposes the established Sunnah of the Messenger of Allaah (Sallalaahu Alayhee Was-Sallam) where he informed us to repeat the words of the A’dhaan when the mu’adhin says the a’dhaan and then send salutations upon me and Allaah will shower 10 blessing upon him. (Saheeh Muslim 1/166, Abu Dawood 1/77), in another hadeeth he said, ‘Whoever says these words (of the A’dhaan) with sincerity then he enter Paradise.” Saheeh Muslim 1/167, Abu Dawood 1/78).

“Not reaching the level of Saheeh does not necessarily mean that it is Da’eef because the rating of Hasan is after Saheeh, and if this is Hasan then it is enough” (Jaa ul-Haq pg.382). But he should know that when the Muhaditheen say “la yasaheeh” mutlaq (absolutely) it means nothing else except that it is Da’eef. If it was Hasan they would have explained and said Ya laisa bissaheeh bil hasanun,

“If this hadeeth is Saheeh up to Abu Bakr (Radhiallaahu Anhu) then it is enough to act upon it because the Prophet (Sallalahu Alayhee Was-Sallam) said “my Sunnah and the Sunnah of my rightly guided Khulapha is obligatory upon you” (al-Mawdhoo’aat al-Kabeer pg.65]

Ahmad Yar khaan (Jaa ul-Haq pg.382) and Muhammad Umar (Maqyaas Khaafiyat pg.602) also use the same reasoning. But this is Mulla Alee Qaaree’s conscious because if this hadeeth was Mauqoof up to Abu Bakr (Radhiallaahu Anhu) then it would have been a Hujjah but the narration that is attributed to Abu Bakr (Radhiallaahu Anhu) is Marfoo and its Sanad is not Saheeh all the way so then to say that the Marfoo hadeeth is not Saheeh and the mauqoof is Saheeh then how is it enough to say that this is sufficient.

The Ruling On Acting Upon Weak Ahadeeth

“That if it is accepted that this hadeeth is Da’eef, then in virtuous actions Daeef hadeeth are enough.” (Jaa ul-Haq pg.383].

This is also his incorrect understanding, that every Da’eef ahadeeth is accepted in actions of virtue, this is totally wrong.

“{La ya’mal bihi mutlaqan), it is Absolutely incorrect to act upon them.” (al-Qawl al-Badee’a pg.165]

Those who act upon them have conditions so Imaam ibn Daqeeq al-Eed (d.702h) writes

What are those conditions, Imaam Sakhawi (d.902h) writes by quoting his Shaykh Haafidh ibn Hajr, “Acting upon Da’eef ahadeeth has three conditions,

1.That all the Muhaditheen agree that the hadeeth is not extremely Daeef ie the hadeeth in which the narrators are not kadhaabs, who may be suspected or accused kadhaabs, or any such narrator who is munfarid (alone), who made a lot of mistakes then his Daeef hadeeth will not be a normal Daeef ahadeeth.

2. That the Hadeeth is not present under baseless principles.

3. While acting one has the belief that the hadeeth is not proven from the

So we find that if anyone of the criteria above are missing, then in any circumstances the hadeeth does not need to be acted upon. Especially the 3rd condition because the that which is not proven from the Prophet (Sallalahu Alayhee Was-Sallam) and if one tries to attribute it to him and then to accept it as proven from him is a major crime indeed because it totally opposes the Mutawatir Narration of “He who intentionally attributes a lie to me, then let him take his seat in the Fire of Hell”

“The claim that acting upon Da’eef ahadeeth in the issue of virtue without difference is Baatil, Yes this is the opinion of the majority but the condition is that the Hadeeth is not severely Da’eef otherwise it will also not be accepted in the issues of virtues actions” (al-Aathaar al-Marfoo’aah Fee al-Akhbaar al-Mawdhoo’aah pg.310)

It’s a pity the innovators put heels on end to prove such Ahadeeth. What beautiful words said a Bareilwee (Which is extremely rare) who said

“To accept Ahadeeth and attributing it to the Prophet (Sallalahu Alayhee Was- Sallam) needs proof, an attribution without proof is not permissible. (Arfaan Sharee’at 3/27)

As A result acting on Da’eef Ahadeeth pertaining to virtues actions must comply with the 3 conditions and acting upon them is Mustahab on the condition that it is not Mawdoo. If the narration is Mawdoo then there is no action upon it.

“If the Hadeeth is Da’eef on the condition that it is not Mawdoo, then acting upon it is permissible. But if by it a new custom arises or is born in the Deen as a result then it also forbade from.” (Ahkaam al-Ahkaam 1/51)

So here another point has been resolved and that is that the Da’eef ahadeeth is only acted upon when it is not Mawdoo (Fabricated) or forged bearing in mind that any Da’eef hadeeth which leads to a custom in the Deen, will be stopped. The people of innovation try to make such actions as the Sunnah

“That it is permissible and Mustahab to act upon Da’eef Ahadeeth which Command virtues actions and encouragement, but the condition is that the Ahadeeth are not fabricated or forged.” (al-Qawl al-Badee’a pg.195)

“However The Mawdoo Hadeeth, Then it is not permissible to act upon them in any circumstances.” (al-Qawl al-Badee’a pg.196)

The summary is that it permissible to act upon Da’eef Ahadeeth in actions of virtue and this has some conditions set by the Muhadditheen and the Ahadeeth which are Mawdoo or forged then there is no action upon them neither in the issue of virtues or encouragement. Not only are the Ahadeeth concerning the kissing of the thumbs Da’eef but infact it is mawdoo ie fabricated and forged.

“Those ahadeeth which mention the kissing of the fingers and then placing them on the eyes when the Mu’adhdhin mentions the name of the Prophet (Sallalaahu Alayhee Was- Sallam), all of them are fabricated.” (Tayseer al-Maqaal Lil Suyootee from E’emaad ud-Deen pg.123]

Then how can we insert this narration in the Deen, Imaam Baihaqee writes in one place,

al-Imaam al-Allaamah al-Faadhil Muhammad Nazeer Hussain Muhaddith Dehlawee was asked about this and other similar ahadeeth that mention the wiping of the eyes upon hearing the A’dhaan, he replied,

“All of the ahadeeth in this regard are not authentic not a single one nor is a single one established nor can they be found in any reliable book. The investigators and criticisers of hadeeth spoke about all these ahadeeth and concluded they and not authentic and are infact fabricated.

“Our words La Ya-Sahah are used when something is not established.”  Shaikh ul-Islaam wrote in his translation of Bukhaari, “After mentioning the hadeeth for wiping the eyes after hearing the words of the A’dhaan) These ahadeeth are established at all.”

“That which has been narrated about wiping the eyes when hearing the words of the A’dhaan, then they are not established.”

“It is obligatory upon everyone who hears the A’dhaan to stop anything they are doing and to answer the A’dhaan.” and he goes onto further explain. Muhammad Ya’qoob Nabnaanee mentioned in Khair al-Jaaree Sharh Saheeh al-Bukhaari the statement of Aynee and said, “From those things that are prohibited are the wiping of the eyes when hearing the words of the A’dhaan.”

“The ahadeeth mentioing the wiping of the eyes when hearing the words of the A’dhaan are not established and they are weak narrations and this is why the scholars of hadeeth have clearly said all such ahadeeth are fabricated.”

“There are many narrations mentioning the kissing of the thumbs when hearing the words of the A’dhaan, but they have no basis, nor with a weak chain and Haafidh Abu Nu’aym Asfahaanee said all that which has been narrated in this regard, then all of them are fabricated.”

“Those ahadeeth which mention the kissing of the fingers and then placing them on the eyes when the Mu’adhdhin mentions the name of the Prophet (Sallalaahu Alayhee Was-Sallam), then all of them are fabricated.” The Imaam has also mentioned this in his book ad-Durar al-Muntathirah Fee Ahadeeth al- Muntashirah.” (and much more refer to Fataawa Nazeeriyyah 1/248-251)

“Issue: the issue of wiping the eyes with the thumbs when hearing the A’dhaan, Shaamee pg.413 mentions from Jarhee who said nothing of this is established from the Messenger of Allaah (Sallalaahu Alayhee Was-Sallam). Allaamah Lucknowee writes in Sa’ayah 2/46, “The haqq is is that there is no hadeeth or report (authentic) from the Prophet concerning the wiping of the eyes when hearing the A’dhaan.” So whoever says this is correct is indeed a big liar and this is a despicable innovation, which has no basis in the books of Sharee’ah and whoever does bring any evidences, then it is just for argumentation. Allaamah Muhammad Taahir Fitnee said in Majma’a Bahaar al-Anwaar pg.511, “The hadeeth that mentions the kissing of the thumbs is not authentic.” Similarly that which has been narrated from Khidr (Alayhis-Salaam),Shaah Abdul-Azeez said in his Fataawa this action is not mentioned in any reliable hadeeth nor has it been reported from the rightly guided khulafa, nor is this Sunnah or something recommended rather it is an innovation and one should refrain from doing this and that which has been mentioned in the books of jurists is not reliable and so on…” (Zahrah Riyaadh al-Abraar Maa Ya’anee an-Naas Ann Hamal al-Asfaar pg.76-77)

So the following scholars held this narration to be fabricated

Imaam al-Albaanee in Silsilah Ahadeeth ad-Da’eefah Wal-Mawdhoo’ah no.73. and others

and finally we conclude with the position of the leader and Imaam of the bareilwee soofee sect, the Imaam of Gibril Haddad and others,

“When hearing the name of the Messenger of Allaah (Sallalaahu Alayhee Was-Sallam) and then kissing the thumbs and rubbing them on the eyes is not established from any marfoo hadeeth and that which is narrated concerning this is not free from any speech, so whoever considers such an evidence (ie one that has speech concerning it) or considers (the action) to be practiced or considers the abandoning of this practice to be worthy of censure, then indeed he is upon error.” (Abar al-Maqaal Fee Qiblatil Ajlaal pg.12)