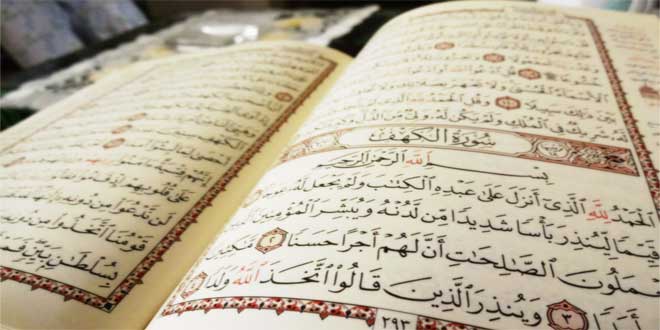 What is the Ruling of Reciting the Quran for the Deceased in his House? – Shaikh Abdul Aziz bin Abdullah bin Baz [1420H]

Is reading the Qur’aan for the deceased- by placing copies of the Qur’aan in the home or house of the deceased – where some Muslim neighbours and friends come and each one of them reads a part for example, then they go off to their work and they are not paid for reciting …… And after they finish reciting they supplicate for the deceased and gift him the reward for reciting the Qur’aan … Does this recitation and supplication reach the deceased and is he rewarded or not?  I hope for a benefit and I am grateful to you….. Taking into account that I heard some of the scholars saying that it is absolutely prohibited, some saying it is disliked and some saying it is permissible.

Rather the Prophet – sallAllaahu alayhi wa sallam – said: ‘Whoever does an action which we have not commanded then it is rejected.’

Narrated by Muslim in his authentic book and Bukhari mentioned it without a complete chain but he was decisive about its authenticity.

Also, in the two Saheehs of Bukhari and Muslim on the authority of ‘Aeysha -radiAllaah anha – on the authority of the Prophet – sallAllaahu alayhi wa sallam –who said: ‘Whoever innovates in this matter of ours, that which is not from it, it will be rejected.’

In the Saheeh of Muslim on the authority of Jaabir -radiAllaah anhu – that the Prophet – sallAllaahu alayhi wa sallam – used to say in his Khutbah on Fridays: Amma ba’d:

Indeed the best speech is the Speech of Allaah, the best guidance is the guidance of Muhammad – sallAllaahu alayhi wa sallam– and the worst of the affairs are the innovated ones.  Every innovation is a Bida’ and everyBida’ is misguidance.’

Nisa’ee mentioned an extra wording with an authentic chain: ‘and every misguidance is in the Hellfire.’

As for charity for the deceased and supplicating for them, then that benefits and reaches them and the Muslims are in consensus aboutthat.

And with Allaah is the capability and Allaah’s aid is sought.

We wish from the eminent Shaykh that he clarifies for the Muslims the ruling of reciting the Qur’aan over the dead, is it permissible or not?  And what is the ruling of the Ahadeeth that mention this?

Reading over the dead has no foundation which can be relied upon nor is there any legislation for this.  Indeed what has beensanctioned is reading the Qur’aan amongst the living so they can benefit and reflect upon the Book of Allaah and understand it.  As for reciting over the deceased at his grave or after his death – before his burial – or reading for him in any place so that the reward can be gifted to him, then we do not know of a foundation for it.

Some scholars have authored works and written many books, of them there are those who have allowed and encouraged reciting the whole of the Qur’aan upon the deceased and they regarded it from the same category of giving charity with wealth.  There are those from the people of knowledge who say that these matters are dependent upon evidence; which means that they are from aspects of worship so it is not permissible to perform them except with what the Sharia’ affirms.

The Prophet – sallAllaahu alayhi wa sallam – said: ‘Whoever does an action which we have not commanded then it is rejected.’

There is no evidence for this issue – as far as we know – which indicates the permissibility of reciting for the dead.

There is no evidence regarding this issue from what we know which indicates the legality of reading over the dead, so it is necessary to remain upon the original foundation which is that worship is dependent upon evidence.

So reciting for the dead should not be done, in contrast to giving charity on their behalf, supplicating for them, Hajj, Umrah and paying off debts, then these matters benefit them.

There are texts which mention this and it is established from the Prophet – sallAllaahu alayhi wa sallam – that he said: ‘When the son of Aadam dies his actions are severed except for three: recurring charity,knowledge which he can benefit from or a righteous child who supplicates for him.’

<< And those who came after them [i.e. after his Companions] say: ‘Our Lord! Forgive us and our brethren who have preceded us in Faith, and put not in our hearts any hatred against those who have believed. Our Lord! You are indeed full of kindness, Most Merciful’ >> [Hashr:10]

So, Allaah has praised those who came later because they supplicated for those who preceded them.  This indicates theallowance of supplicating for the deceased of the Muslims and that itdoes benefit them.  Likewise, charity benefits them due to theaforementioned hadeeth.

It is possible to give charity to the poor and needy people with the money used to hire someone to recite over the dead with the intention that it is for the deceased and that the deceased benefits with this money and saves himself from the vulgarity of Bida’.

It is established in the Saheeh that a man said: ‘O Messenger of Allaah my mother has passed away and did not leave a bequest and I think that if she had spoken she would have given charity.  Will she receive a reward if I gave charity on her behalf?’

So the Messenger – sallAllaahu alayhi wa sallam – clarified that charity on behalf of the deceased benefits him and likewise Hajj and Umrah on his behalf.

There are ahadeeth which mention this, likewise paying off debt benefits him.  As for a reward for the deceased for reciting Qur’aan or gifting it to the dead, praying or optional fasting on his behalf then all of this has no basis and what is correct is that it is not fromthe Sharia’.

All Praise belongs to Allaah, may His peace and blessings be upon our final Prophet Muhammad, his family, his companions and all those who follow his guidance.