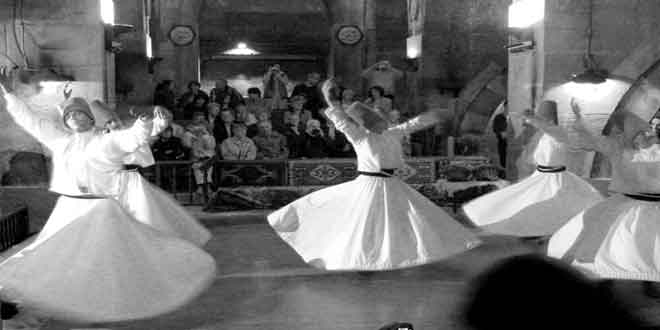 “Hasan al-Basree only saw Alee in Madeenah when he was a child.”

“Hasan al-Basree did see Alee but he did not hear (narration’s) from him.”

“When the oath of allegiance to Alee occurred in Madeenah, Hasan (al-Basree) was only fourteen (14) years old then Alee went to Koofah and Basrah and Hasan was not able to meet him again for a second time.” (Kitaab al-Maraaseel Ibn Abee Haatim (pg.31).

From the statements of these Imaams it shows Hasan al-Basree only saw Alee (Radhiallaahu Anhu) during a time of tribulation and at the age of 14 and unknown he would have been able to get to Alee. It is also inconceivable that Alee would have left the major and minor companions and gives the inner secrets of tasawwuf Ie the Khirqah (cloak) to a 14-year-old boy.

“According to the soofee’s the attribution of Hasan to Alee is correct but the Scholars of hadeeth do not consider this to be correct or authentic.” (al-Intibaa Fee Salaasil al-Awliyaa (pg.31).

The Scholars of Hadeeth traveled city to city to learn hadeeth and its sciences however they were unable to acquire information concerning the fallacy that the Messenger of Allaah (Sallalahu Alayhee Was-Sallam) might have given Alee a cloak of inner knowledge.

The famous scholar of hadeeth Allaamah Saklhawee, Imaam Ibn as-Salaah and Imaam al-Hadeeth Haafidh Ibn Hajr Asqalaanee have all said this narration of the Khirqah (ie cloak) is a lie and fabrication.

“Ibn as-Salaah said it is baatil (false)….. and Ibn Hajr said it is a lie and slander that Alee gave Hasan the inner cloak of knowledge. And according to the Imaams of Hadeeth it is not established that Hasan heard from Alee and that he received the cloak of inner knowledge.” (al-Maqaasid al-Hasanah (pg.331).

“This is not established from Alee authentically.” (Kashf al-Khafaa of Ejloonee (2/138).

“The evidence for the khirqah narration is not narrated via an authentic, hasan or weak chain and that which has been narrated is false and lies.” (Kashf al-Khafaa of Ejloonee (2/138), al-Maqaasid al-Hasanah (pg.331)

These were the statements of the scholars of hadeeth that the narration, which mentions the beginning of the soofee’s to be baseless and false. So you should think yourself now, that which has been based upon lies and fallacies how can one hope for good and blessings from it.