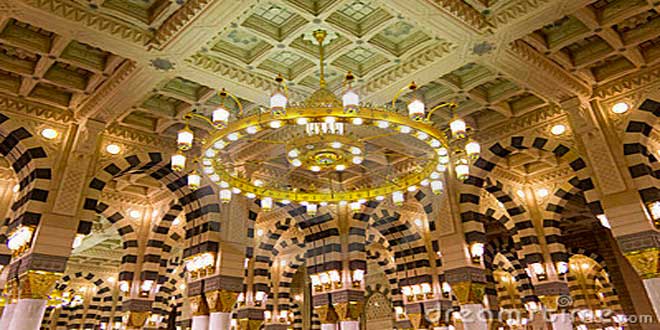 We have previously talked about the legal status of the Mawlid (Milaad), in that it was not practised during the Prophets era, the companions and the generations after them. Rather we find in the 7th century of Islaam (625H), the brother in law of Sultaan Salaah ud deen Ayoobee and the governor of the city of Arbil near Mosul, whose name was Muzaffar Abu Sa’eed Kaukabaree introduced this custom and spread it amongst the people.

“After seeing the Christmas of the Christians, the Egyptians Faatimids introduced the customary practice of the Mawlid.” (Cited from ‘Kaalimatul-Haqq Fil-Ihtifaal Bi-Mawlid Sayyid al-Khalq’ (pg.50) of Shaikh Abdullaah Aal Mahmood)

“So due to this practise not having any basis or evidence from the first blessed period and it being introduced in the 7th century the people of knowledge declared it to be an innovation.” (Refer to the article of Shaikh Ibn Baaz in the Majallah al-Jaamitul-Islaamiyyah, Madeenah Munwarrah (Vol.5 Issue 4, 1973) and the Fataawaa al-Manaar (5/2111 Fatwaa no.765) of Muhammad Rasheed Ridha the Allaamah of Egypt)

The first person to issue a verdict in the permissibility of the Mawlid was a mullah in the time of Muzaffar, whose name was Abul-Khattaab Daheeyyah, he first issued his verdict in a book he authored, ‘at-Tanweer Fee Mawlid al-Basheer an-Nadheer.’ Muzaffar the governor rewarded him with 1000 deenars for authoring the book. (al-Bidaayah Wan-Nihaayah (7/13/137), al-Insaaf (pgs.34-35)

The same Mullah Ibn Daheeyyah was labelled by the scholars of hadeeth as being a lair, unreliable, inauthentic and someone who use to say pointless things. (The details of which can be ascertained in al-Bidaayah Wan-Nihaayah (7/13/137), Leesaan ul-Meezaan (4/296-297)

The value of the verdict of such a criticised Mullah is apparent and it holds not value. In subsequent times the general Mullahs followed in his footsteps and authored books on this subject. So in answering and rebuking the evidences used by the proponents, who promote celebrating the Mawlid we will yield a long treatise and hence our aim here is just too briefly mention and overlook their evidences.

They claim the Mawlid is a Bidah Hasanah and they use the example of Taaraweeh when Umar (RadhiAllaahu Anhu) said to the people this is a good Bidah.

(Trans Note: This objection has been answered too many times and hence we will not repeat it here and this will be translated at a later date)

The tashkeel or I’raab were not in the Quraan initially and were introduced later on by Hujjaaj and therefore this is also an also an innovation.

(Trans note: this point has also been answered numerous times before, which we do not care to repeat here and hence it will be translated at a later date)

The proponents of the Mawlid say it is obligatory and compulsory to offer praise and thanks upon receiving blessings and the birth of the Messenger of Allaah (Sallalahu Alayhee Wasallam) was indeed great blessing and therefore these gatherings and celebrations are a means of thanking Allaah for this blessing.

No doubt the sending of the Messenger of Allaah (Sallalahu Alayhee Wasallam) is indeed a great blessing and it is also correct to appreciate and thank Allaah for such a great blessing. Yet the question here is, where does it say that in order to thank Allaah we need to organise processional marches, gatherings, with dancing and listening to music and Qawwalees?

Furthermore did the companions, the successors or the Imaams, in fact did the Messenger of Allaah (Sallalahu Alayhee Wasallam) thank Allaah in such a way or manner. If this is not the case, then who gave us the authority to do such things in this way. Yet again if this is the case we will have to close our businesses and abandon out professions in order to organise gatherings and processions every day to thank Allaah for all the great blessings he has bestowed upon us. How can we enumerate his blessings and favours upon us.

Allaah The Most high himself has said,

“And if you should count the favours of Allah , you could not enumerate them. Indeed, Allah is Forgiving and Merciful.” (Surah an-Nahl:18)

“And He gave you from all you asked of Him. And if you should count the favor of Allah, you could not enumerate them. Indeed, mankind is [generally] most unjust and ungrateful.” (Soorah Ibrahim:34)

If one was to really adopt the Prophetic way of thanking Allaah then a Muslim should do this every day constantly and not once a year. Ponder and take heed.

From his book ‘Celebrating Milaad On the Day Of Messenger of Allaah (Sallalahu Alayhee Wasallam) Died’ (pg.24-29)