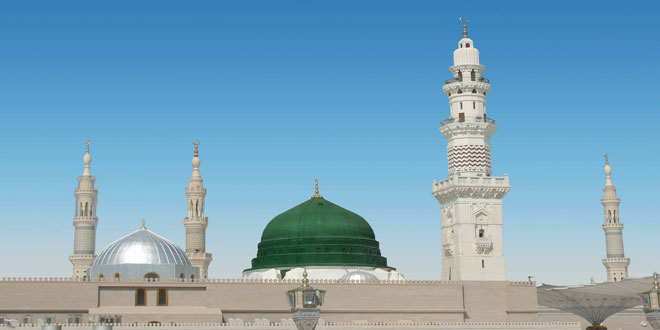 All of the Muslims from the various lands especially those from the sub-continent have been accustomed to celebrating the Prophets (Sallalahu Alayhee Wasallam) birthday, similarly they lead processions and gatherings in the streets. They indulge in festivities of food and drink and absorb themselves in traditional folk music (Qawwalee – assumed religious music) although another group of people consider such practices to be absolutely impermissible in the Sharee’ah.

The Quraan has given us numerous excellent principles for dealing with this and other contentious and issues that are differed over. From them the first principle is

(1) Contentious differences should not be even allowed to escalate thereby compromising the ultimate power of the Muslim Ummah as a verse from Soorah al-Anfaal mentions,

And obey Allah and His Messenger, and do not dispute and [thus] lose courage and [then] your strength would depart; and be patient. Indeed, Allah is with the patient. (Soorah al-Anfaal:46)

(2) If contentious difference do arise then they must be addressed and judged according to what Allaah and his Messenger (Sallalahu Alayhee Wasallam) have ruled. Then it becomes incumbent upon to accept the ruling that has been decreed, as a verse in Soorah an-Nisaa mentions

O you who have believed, obey Allah and obey the Messenger and those in authority among you. And if you disagree over anything, refer it to Allah and the Messenger, if you should believe in Allah and the Last Day. That is the best [way] and best in result. (Soorah an-Nisaa:59)

(3) When Allaah and his Messenger (Sallalahu Alayhee Wasallam) decide on something, then from the aspect of preserving our Eemaan it is to accept such decrees without any questions or objections. Hence Allaah says in verse no 65 of Soorah an-Nisaa

But no, by your Lord, they will not [truly] believe until they make you, [O Muhammad], judge concerning that over which they dispute among themselves and then find within themselves no discomfort from what you have judged and submit in [full, willing] submission. (Soorah an-Nisaa:65)

We find from this verse anyone harbouring any disagreement with the Messenger of Allaahs (Sallalahu Alayhee Wasallam) decree is in essence contrary to our Eemaan.

Hence it has been narrated in one hadeeth that the Messenger of Allaah (Sallalahu Alayhee Wasallam) said, “No one is a believer up until his desires are in accordance with what I have bought.” (refer to Tafseer ibn Katheer in explanation of verse 36 of Soorah al-Ahzaab)

(4) When Allaah and his Messenger decree something then no one has the authority or right to adopt his own path or way, rather he must accept the divine decree. Hence Allaah the most high said,

(We find out in light of this verse that the opinion of a mujtahid should not be acted upon in opposition to the Quraan and Hadeeth, rather the Quraan and Hadeeth are to be unconditionally wholeheartedly accepted in comparison to the statement of a mujtahid, even though his opinion is respected it will still be rejected as this is preservation of eemaan and salvation from misguidance.)

So with these principles in mind when we attempt to find a solution to this contentious issue ie the celebrations of the Mawlid we open the Quraan, the book of Allaah, The Almighty. So if you were to read, consult and research all the 30 juzz of the Quraan and traverse through its 114 Soorahs you will not find a single verse which proves celebrating the Mawlid (or Milaad) therefore we find Allaah has not decreed the celebrating of the Mawlid and hence it does not favour those who advocate or support it. Therefore expecting reward from something which Allaah has not commanded is a mere waste of effort and futile

Furthermore when we refer to the decree of the Messenger of Allaah (Sallalahu Alayhee Wasallam) we consult, read and look into his beloved awe inspiring life and we find that he never celebrated his birthday himself and nor did he command others to do so. It cannot be claimed he may not have celebrated his birthday because he was poor or lacked finances because his early life in Makkah was difficult and he faced great hardship. This again is an incorrect notion as he (Sallalahu Alayhee Wasallam) became the leader of all of the wealth of the Islamic state after Hijrah whilst he was in Madeenah. Furthermore all the wealth and treasures of the different lands from the east to the west were placed at his feet. So even though he possessed all this wealth, it is not established if he ever celebrated his birthday or organised gatherings. At the same time he never commanded or ordered anyone to do likewise, therefore how can practising and doing such actions be worthy of any good rewards or righteousness?

If such actions carried reward or if there were any religious or worldly benefits, the Messenger of Allaah (Sallalahu Alayhee Wasallam) would have most certainly ordered his companions to do this because Allaah the most high in relation to the Messengers grandeur said,

There has certainly come to you a Messenger from among yourselves. Grievous to him is what you suffer; [he is] concerned over you and to the believers is kind and merciful. (Soorah at-Tawbah :128)

How could such a loving and caring Messenger of Allaah (Sallalahu Alayhee Wasallam) have deprived his companions of such righteous actions. We also find from the actions and statement of the Messenger of Allaah (Sallalahu Alayhee Wasallam) about the 2 Eeds ie Eed ul-Fitr and Eed ul-Adhaa and yet there is no mention or even the mere suggestion of the concept of a third Eed yet we do find from some of his statements addressing the day of Friday as Eed in fact more virtuous than the other 2 Eeds.

Nonetheless even though numerous opportunities arose during the lifetime of the Messenger of Allaah (Sallalahu Alayhee Wasallam) to celebrate his birthday, we still do not find him commanding or ordering us to do this and therefore this is a clear and manifest evidence that celebrating his birthday is not something good or praiseworthy.

From his book ‘Celebrating Milaad On the Day Of Messenger of Allaah (Sallalahu Alayhee Wasallam) Died’ (pg.15-18)