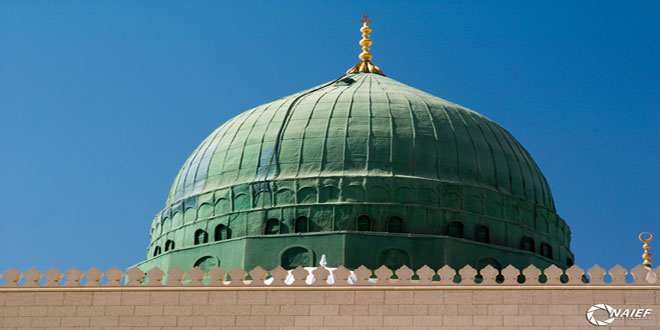 Saqib ‘Shami’ delivered a talk a few years back, parts of which were uploaded on to youtube titled as, “Death of Ibn Taymiyyah What Really Happened? Did (BIDDAH & SHIRK) Take Place?”

Saqib is based at this centre 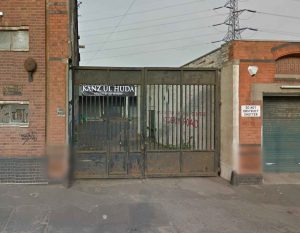 It has now been revamped with a modern look, 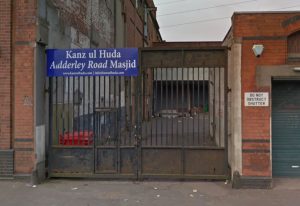 Apart from the disastrous distortions and misconstrued interpolations to serve the innocent listeners in the gathering, most of the points do not extend beyond comical digressions and hyped hellenistic delusions. One of the outright lies uttered by Saqib was that Shaykh al-Islam Ibn Taymiyyah wore a Ta’wiz or talisman (which he cleverly terms as a Dauri – a subcontinent term for a thick string attached to a type of tawiz) and hence he died with that around his neck etc, the viewers can watch the comical presentation themselves from 5:50 onwards in the video below

That Shaykh Alam ud Din al-Birzali said his his Tarikh….and then Hafiz Ibn Kathir relays the whole incident and events surrounding the death of Imam Ibn Tayniyyah from al-Birzali! Why did Saqib deliberately omit this very important detail and attempt to present Hafiz Ibn Kathir said all of this. This is surely treacherous and at the very basic level negligent in misquoting peoples names is beguiled narratives, especially when the ardent bigoted individual has animosity for the great Shaykh in question.

Saqib then proceeds to quote allegedly Hafiz Ibn Kathir, that when Shaykh al-Islam Imam Ibn Taymiyyah died they recovered a ‘Dauri’ i.e. a thick string attached to a type of Tawiz. He then offers his 10 pence worth of refutation regarding the matter.

The fact of the matter is, anyone who has read the glorious history and life struggles of Shaykh al-Islam Imam Ibn Taymiyyah, his trials and inquisitions will know that he was imprisoned for sticking firmly to the Quran and Sunnah, something his adversaries and the likes of Saqib will have no clue about. Jail is not the most hygienic of places with little access to water and cleansing facilities, one can only but imagine the state of the prisons in those eras and the treatment of those who oppose the creed of the state.

The point being Imam Ibn Taymiyyah had head lice / nits and the treatment for head lice during that era was to use a string or thread around the neck soaked in mercury or quick silver. This was very common in that era and many people would often wear such strings or threads. There was no Dauri or tawiz as Saqib would like you to believe or deliberately lie to the people.

A person oft quoted by these Sufi’s Barelwi’s is their Ibn Batutta, he mentions whilst crossing the Sahara that people in the area would wear strings/threads around their necks due to the area having a lot of lice and the string would have mercury in it which would kill the lice. (Halsall P. (ed.), “Ibn Battuta prepares to cross the Sahara” in Internet Medieval Source Book: Ibn Battuta: Travels in Asia and Africa 1325-1354, (Fordham University Center for Medieval Studies: New York, 2000)

Another one of their boys, Ibn Sina (Avicenna) also advocated the use of mercury to kill head lice, others extracted this and used it in a form of a string around the necks. (Carraher C.E., Jr. and C.U.Pittman C.U., Jr., Chapter 1, Organometallic Compounds in Biomedical Applications, Vol.3 page.3 Biomedical Applications, A.S.Abd-El-Aziz (ed.), John Wiley & Sons: Inc. 2004)

No one says wearing, an oxygen mask, inhaler, ECG pads, wires, drips etc are tawiz because everyone is old enough and intelligent to say these are forms of medical treatments. As they were such medical treatments in the times before, furthermore, no one claims or says all the people who used such strings to treat head lice were Tawiz. Dear readers by now you would have realised how far fetched and how appaling this notion was to defame and discredit Shaykh ul-Islam Ibn Taymiyyah and the Salafi’s whereas the reality is crystal clear.

If the actions of the people are a litmus test, then know for sure, none of Ibn Taymiyyahs followers especially the men, wore bells on their feet and danced like women on graves (as happens in England) or exploited the sexuality of vulnerable women at the Darbars and your holy places and the list is endless if you would like us to continue, e.g. women impregnated under the guise of holy miracles at shrines, filthy naked despicable men sitting around and lets not forget the overwhelming level of Sujud to graves and the living Pirs….. I’m sure you get the point….

At the very least they have admitted Imam Ibn Kathir was with Imam Ibn Taymiyyah and not a Sufi as some of these people claim. Furthermore, as we have mentioned Hafiz Ibn Kathir quoting al-Birzali does not use any word at all whatsoever which can be even remotely used to denote Tawiz, here are his words, 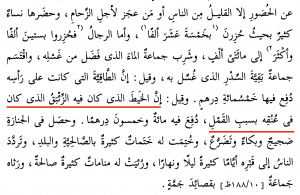 As you can see dear readers, Birzali says the thread that was used had mercury in it, i.e. al-Zi’baqu. So we ask 1. why did Mr Saqib deliberately and deceptively leave this very important piece of information out, i.e. that according to you Imam Ibn Taymiyyah was wearing a taw with MERCURY in it, as you can see if he had mentioned this it would have made him look stupid and thus he would have been unable to deceive and lie to the people. Secondly we ask, if you claims this was a Tawiz, show us from your own people A SINLGE PERSON who wears a tawiz with mercury in it?

Last but not least we leave you with this fantastic mind boggler which will perhaps go down very well with the Sufi Barelwi’s because they seem to be very astute at such intellectual marvels and that is if Mr Saqib claims that Imam Shaykh ul-Islam Ibn Taymiyyah wore a Tawiz, for head lice, then show us just ONE PERSON from amongst your Sufi Barelwis who uses a Tawiz for head lice, REMEMBER JUST ONE PERSON, we will be waiting very patiently!!! It means the people do not use a tawiz for head lice and thus Imam Ibn Taymiyyah did not use a tawiz at all, let alone for head lice.

Dear readers this is just one basic reply to such deceptions and disastrous distortions of these people, which they continuously utter to serve their self delusions and misguidance and misguiding others from the true facts.