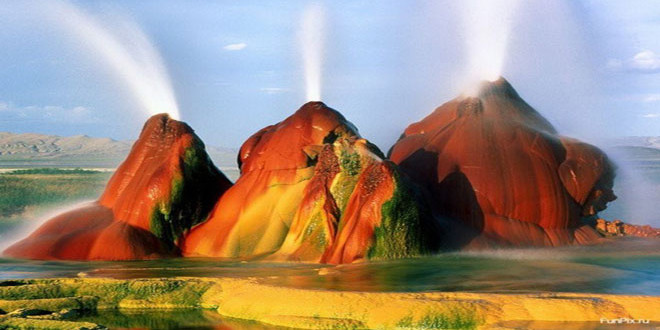 So know dear reader that when an Asharee who attempts to use his intellect over the authentic sunnah and attempts to say that an authentic hadeeth which confirms a particular Attribute, name or action of Allah Subhanahu wata’ala is not accepted because it is in contradiction with the Qur’an, then know that he is upon misguidance and away from all of the Muslims in his creed and the consensus of the blessed companions.

The great imam al-A’ajuree d.360H spoke concerning those people who leave off the Sunnah from the Messenger of Allah sallahu alaihi wasallam because they think that there is a contradiction with the Qur’an and instead they follow their own intellects, he has said that they are Mulhids (heretics), please refer to his book ash-Sharee’ah. (Ash shariyyah lil-Ajuree pg 350-351)

From amongst another deception of the Ashaairah is that they say ‘even if the hadeeth is authentic concerning the Attribute of Allah then many of them we cannot take as they are khabarul Ahad which are not like the Qur’an or have not come in mutawaatir form. In essence, this means that there is a doubt on the khabarul ahad hadeeth (which is a narration reported by less than the mutawaatir form and therefore for them that does not give the benefit of certain knowledge). The belief in the Attributes of Allah is based upon certain knowledge and not upon knowledge which has doubt within it’.

The asharis of past and present have used a particular narration which is very famous amongst them in order to substantiate this weak principle and that is a hadeeth which is mentioned in current modern times by the likes of Kawtharee and in earlier times by the likes of Imaam Baihaqee.  The hadeeth is from Abdullah bin Urwah Bin Zubair al-Awaam that,

After mentioning this narration, Baihaqee said, “And this narration is one of the reasons why our scholars of our madhab have said that to take the akhbaarul ahaad concerning the Attributes of Allah and to base belief upon this, is abandoned, due to this being a single narration and not like the Book of Allah or consensus. And due to this our scholars became engrossed in making figurative interpretation and ta’weel concerning the Attributes.” (Baihaqee asma wa sifaat pg.450)

So it is clear from this that some of the ashaa’irah try to substantiate their aqeedah and at the most they try to take it back to the likes of Imaam Baihaqee by saying that, Baihaqee himself says that the scholars from the mutaqallimeen and the ashaa’irah at that time did not take the authentic narrations as khabrul ahad concerning the Attributes of Allah Subhanahu wata’ala. However, this is incorrect for many reasons:

Furthermore, there are various other authentic narrations which are akhabarul ahad which have been accepted by consensus of the salaf which substantiate the Attributes of Allah. For example, the Attribute of a Foot for Allah is in Saheeh al-Bukhaari (Kitaab at-Tawheed hadeeth no.7384, Saheeh Muslim: the chapter of paradise and it’s attributes and blessings for those who are in it no. 2848, Sunan Tirmidhee no. 2558 who said this hadeeth was Hasan Saheeh, Saheeh Abee Awaanah no.344, al-Mukhtaar of Dhiyaa al-Maqdisee no.2486, Saheeh Ibn Hibbaan al-Ehsaan no. 268).

And just as a benefit to those readers who want even more confirmation concerning this Attribute, then know that Imaam Ishaaq bin Masoor al-Koosaj asked Imaam Ahmad ibn Hanbal about the narrations concerning the Foot of Allah and other Attributes, Imaam Ahmad Ibn Hanbal replied, “All of this is substantiated from authentic narrations” and Imaam Ishaaq bin Rahawaihah said, “This narration concerning the foot is authentic and those who have weak intellect and are from Ahlul Bid’ah are the ones who make distortions and negation concerning it. (Ash-Shariyy’ah of al-Ajuree vol. 3 pg.1128 and he said the chain is saheeh)

Therefore it is clear that from amongst the Khairul Quroon (that is approximately up to the year 300H) there is not a single scholar or companion or a mujtahid who rejected the authentic akhbaar ul ahaad concerning the Attributes of Allah Subhanahu wata’ala.

Instead, all the companions, the tabi’een, the taba tabi’een and the scholars of hadeeth accepted the Attributes as they came whether it was from an ahad narration, the Qur’an or mutawaatir form from various ahadeeth and this was part of their faith. It is therefore clear that the ashaa’irah of past and present have no basis for creating yet another obstacle for rejecting the Attributes of Allah Subhanahu wata’ala in the way that they have come and to accept them literally, without taweel.

So we have seen that the ashaa’irah in the past and more so in the present have fallen into the grave sin of rejecting and making figurative interpretations of the Names and the Attributes of Allah Subhanahu wata’ala, especially where they created their own principles in order to promote their madhab. At times the ashaairah let their intellects overcome the text of the hadeeth to be taken upon its literal meaning, at times they rejected the saheeh hadeeth because it went against their madhab and therefore they made interpretations of it, at times they rejected the Attributes of Allah because they said that the ahadeeth which have come are in contradiction with the Qur’an and other than that which we have mentioned above.

One of the narrations which the ashaa’irah maturidiyyah and other than them from the deviated sects have brought based upon their weak intellect, they said that Allah Subhanahu wata’ala said about Himself,

“I was a hidden treasure, nobody knew me, then I wanted for the people to get to know me, so I created the people, the creation and gave it my ma’rifah (ability to understand) then after this they got to know me.” (This hadeeth has been given a particular paramount importance by the modern day ashari deobandis. Haji Imdaadullah Muhaajar Makkee in his book Shamaaim Imdaadiyyah pg.39 wherein he attempts to explain the correct way of the ashaa’irah and the murji’ah mu’tazilah concerning the Attributes of Allah Subhanahu wata’ala based upon this fabricated narration!)

However, we can see that this narration is nothing more than a fabricated narration which has been falsified by the deviant sects to prop up their own Madhab aswell as the Jahmiyyah.  We will not go into pages of evidence of who has called this fabricated, but it is sufficient to say that Hafiz Ibn Taymiyyah has said that this is fabricated (Tanziyah us-Sharriyyah of Kitaanee vol.1 pg.48).

Similarly Imaam Suyootee in his book (Dhail al-Lai’ee of Suyootee pg.203) has said that this verdict concerning the narration being fabricated is accurate.

This narration has also been mentioned as a fabricated narration in (Mawdho’aatul Fitna pg. 11).

Imaam Sakhawee has also said that this narration is fabricated (al-Maqaasid al-Husna pg.153).

And furthermore the likes of Zarkhashee has also said that this narration has no basis and is fabricated (Tameez ut-Tayyib Minal Khabeeth pg.122).

So one can see the attempts by the ashaa’irah and the maturidiyyah who have tried to fabricate narrations in order to prove their creed by saying that how can we say Allah has a hand and Eyes and a Foot and Leg and various other Attributes if He Himself said about Himself that he was  unknown and then later on He became known to the people so the asl of Allah is that He is unknown and no one knows of Him except Allah Himself and through this the ashaa’irah and the muffawwidah who perform tawfeedh try to substantiate that Allah is unknown therefore His Attributes are meaningless and are not known. What a lie they made against Allah Subhanahu wata’ala and left the madhab of the salaf in order to substantiate that which was falsehood.

Another hadith which the ashaa’irah, mu’tazilah, jahmiyyah bring in order to substantiate their false and rejected beliefs is,

“The heart of a believer is the Throne of Allah Subhanahu wata’ala.”

“The heart of a believer is the house of Allah.”

So these narrations are brought so that they could say that the sifaat (Attributes) of Allah and Allah being above the throne have been explained by way of interpretation ta’weel by the Prophet himself!.

Read, This is fabricated. Sakhaawi said: “It has no basis from the Prophet sallahu alaihi wasallam” (al-Maqaasid al-Husna pg.144)

and likewise it is written in Tameez at-Tayyib minal Khabeeth (pg.114)

It is similarly mentioned to be fabricated by Mulla Ali al-Qaari (al-Mawdhooaat pg.51).

So we can clearly see that the ashaa’irah and various other heretical sects including the jahmiyyah, maturidiyyah and others have traditionally in the past and continue in the present day to use various obstacles to go against the way of the salaf. But we say that salvation is only in the way of the salaf as-Saliheen and the correct aqeedah concerning the Attributes is as they have understood it and have mentioned in their books.

The slaves of Allah,