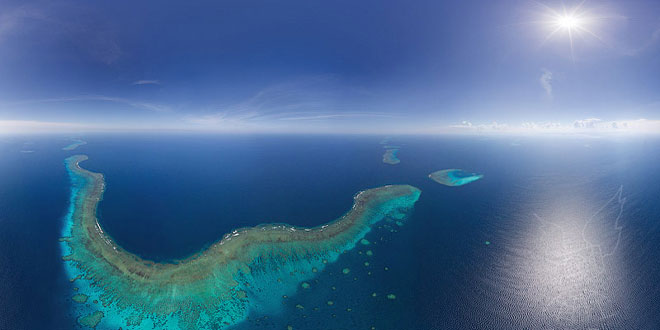 Who Are The Ahlus Sunnah?

“Ahlus Sunnah are established upon the creed that they had established from the Salaf us-Saliheen who took it from the Messenger of Allah sallalahu alaihi wasallam. They took from the companions because they were scholars and we must follow the narrations from the companions and we have been ordered to follow their way. Therefore it is necessary to hold onto the way of the Prophet sallalahu alaihi wasallam and the companions and to have belief upon that and in this you can have no doubt.” (Ar-Rad Ala Man Ankaral Khuruf Wa Sawt lee Sijzi (pg.9)

“If someone asks that Sunnah is something which is praiseworthy and bid’ah (innovation) is something which is not, but what are Sunnah and bid’ah? We say, every innovator claims that he is from within Ahlus Sunnah, so we answer them by saying that in the arabic language Sunnah means ‘a way’ and in the Sharee’ah it will mean that those who are the Sunnis will be upon the way of the Messenger of Allah, the companions and those which have followed them. They are the Ahlus Sunnah and in that way there is no room for innovations for these came about after the Prophet sallalahu alaihi wasallam and the companions (Talbees Iblees of Ibn al-Jawzee vol.1 pgs.135-136)

“Specifically, the term Ahlus Sunnah refers to the Ahlul-Hadeeth and this is because they are included within Ahlus sunnah for they have firm belief in the attributes of Allah Subhanahu wata’ala and they affirm them, they say that the Qur’an is the speech of Allah not created, they believe that on Yaum al-Qiyaamah the believers will see Allah Subhanahu wata’ala and they accept all the other established principles of creed other than this and these principles are known between the Ahlus Sunnah and Ahlul Hadeeth.” (Minhaaj as-Sunnah of Ibn Taymiyyah vol.2 pg.221)

“We saw the Ashaabul Hadeeth, and they travelled far and wide to collect the narrations, then they sifted out the weak ones from the authentic narrations, they compiled them and they memorised them. The Ashaabul hadeeth (Ahlul Hadeeth) then acted upon these narrations and they promoted and spread these narrations this being their dawah and they used the narrations of the Messenger of Allah sallahu alaihi wasallam to refute the mukhaalifeen (the opposers). These Ashaabul Hadeeth had with them a vast amount of authentic narrations just like the cloth seller has clothes, the one who sells dates has dates, and the one who sells perfume has perfume! So the one who sold dates becomes known as the date seller and the one who sells clothes  becomes known as the clothes seller and the one who sells perfume becomes known as the perfume seller, then similarly the Ashaabul hadeeth and the scholars of hadeeth became known as the Ahlul Hadeeth. When these Ahlul Hadeeth saw people going away from the ma’roof (that which was known by way of necessitating and following the Messenger of Allah sallahu alaihi wasallam) and they could see people leaving the authentic narrations and they could see people from the various sects making tanqeed and making disparaging remarks against the narrations the scholars of hadeeth began to refute these people and began to warn against them in their gatherings. The ahulul hadeeth began to mention the real meanings of the words of the Messenger of Allah sallahu alaihi wasallam as they ought to have been understood.

So it is fair to say from this evidence that the scholars of hadeeth who authored all of the works in promoting the ittiba (following) of the Messenger of Allah sallahu alaihi wasallam in reality they are the Ahlus Sunnah and have more of a right to call themselves the Ahlus sunnah then any other person or group and this is because according to the scholars the real meaning of Sunnah is to follow the authentic chain of narration (hadeeth) from the Messenger of Allah sallahu alaihi wasallam concerning the Ahkaam and to act upon that and to stay away from that which has come by way of a forbiddance in these narrations. Thus this is a clear evidence to say that the ahlul hadeeth, ashaabul hadeeth are actually none other than the Ahlus Sunnah themselves.

The sects which have split from the Ahlul Hadeeth split due to a difference in the Usul and fundamentals by leaving authentic narrations as reported by the Salaf and choosing another path, such as  the Ashaa’irah and those like them who have deviated concerning the Names and Attributes of Allah and the true understanding concerning them, thus leaving the Ahlus Sunnah wal Jama’ah for verily they have taken their own distortions, their own minds and hearts, weak narrations, narrations which are unclear and understandings which are futile, over and above the absolutely clear cut authentic Ahadeeth which are proven from the Messenger of Allah sallahu alaihi wasallam.

So with which face can the Ashaa’irah of the past or today claim that they are from the Ahlul Sunnah when it comes to the Names and Attributes of Allah? It has expounded on this matter in some great detail and it is sufficient to say that the saying of imam Asbahaanee is a tremendous saying in showing:

B) It was the Ahlul Hadeeth who made it their routine to record, preserve, accurately narrate, spread and make actions upon the authentic Ahadeeth of our beloved master Muhammad and the best of the Ahlul Hadeeth were the companions in this regard may Allah be pleased with them all and the likes of the Ashaa’irah are far removed in their belief in opposition to the salaf and thus cannot be counted amongst the saved sect the Ahlul Hadeeth.

C) It is obligatory to admonish and warn the people about keeping their Aqeedah free from the deviancy and innovated principles in Aqeedah from the likes of the Ashaa’irah and the Manhaj and methodology of doing so is to be taken from the Salaf, Aimmah of Ahlul Hadeeth and in it is a tremendous benefit if only the people knew!

D) The Ahlul Hadeeth have always been known through the eras by their clinging and making dawah to the authentic Ahadeeth of our master may our parents be sacrificed for him Muhammad and the Athaar of the companions. So just like this the other sects who left the way of Ahlul Hadeeth like the Ashaa’irah have always been known for using spurious baseless arguments based upon there own weak intellects and analogies over above the clear texts established in the Ahadeeth.

E) the litmus test of sifting out the deviant Aqeedah and corrupt principles of the likes of the Ashaa’irah is to test their sayings against the authentic narrations of the beloved Muhammad and none other will do this accept the Ahlul Hadeeth.

F) Not everyone who narrates a Hadeeth will have the correct understanding of it, especially if he is a bigoted blind follower of a sect (such as the Ashaa’irah) for all that he will desire is to prop up his Madhab and way to the masses not knowing if what he is saying was actually the way of the best of generations after al-Aaqib Muhammad.

G) There is great importance attached to the isnaad (chain of narration and seeing whom one takes knowledge from} in the religion of al Islaam. The sects that left Ahlus sunnah did so due to their inherent weakness of not paying attention to the difference between the weak and authentic narrations and many followed none other than their desires and opinions. Herein lays a fundamental difference between the Ahlul Hadeeth and the Ashaa’irah in that the Ahlul Hadeeth call to authentic narrations whereas the Ashaa’irah do not. Had it not been for the Ahlul Hadeeth then every sect would have said what it wanted about the Deen of Islaam and it would have been impossible to judge which sect was upon the way of the Salaf. So the Ashaa’irah and other than them are upon beliefs which do not have an authentic sanad (chain and connection) back to our master Muhammad and the Salaf.

H) Before the innovations and distorted beliefs of the various sects like the Ashaai’rah and other than them the Ummah was united and one upon the way of the messenger and the companions. Thus the various sects split from the Jamaah and it is obligatory upon them to leave their falsehood and come back to the Quran, Sunnah upon the understanding of the companions and their successors, the Salafee, Atharee, Ahlul Hadeeth way and in it is salvation.

The great Imaam and scholar of Hadeeth Khateeb al-Baghdadi said in his tremendous book Sharf Ashaabul hadeeth concerning the Ahlus Sunnah and the Ahlul Hadeeth that they have a very special characteristic in that,

“The Ahlul Hadeeth always search for the authentic narrations over and above anyone’s opinion and Qiyaas (analogy), the hadeeth is sufficient for them. This is because the Ahlul Hadeeth have the correct Aqeedah due to their reliance upon the authentic narrations for verily the Aqeedah will not only be found in the Qur’an but will be found extensively in the Sunnah also and this is why all basis and types of worship, for example, the principles of Tawheed, the punishments for those who disobey, the Sifaat (the Attributes of Allah Subhanahu wata’ala), the kayfiya and description of the Paradise and Hellfire, and the Aqeedah concerning the Angels and the Books and the Prophets and other than this from the principles and fundamentals of Aqeedah are found in the authentic Ahadeeth. Those who take their analogy and their opinions and their understandings over and above the Hadeeth then they do not attain the benefit of this correct Aqeedah.

Every group which is outside of Ahlul Hadeeth leans more towards giving precedence and returning to opinion and analogy over and above the authentic narrations except for the Ahlul Hadeeth for the Hadeeth of the Messenger of Allah sallahu alaihi wasallam is the paramount consideration for them in all that they do and all that they preach and they only accept the sayings of the scholars of past and present if that saying is in accordance with the Book of Allah and the authentically proven Sunnah of the Prophet Muhammed sallahu alaihi wasallam and this is why many of the sects of ahlul bid’ah have had no choice but to verbally agree with the creed of the Ahlul Hadeeth but inwardly they have always utilised their analogy and Qiyaas to follow their own Madhahibs and sect. Those in the past and the present up until the Day of Judgement who oppose the Ahlul Hadeeth creed and aqeedah which they are upon, then, Allah Subhanahu wata’ala will humiliate them, those who have enmity towards them then Allah Subhanahu wata’ala will humiliate and punish them further and those which separate from them will never be successful because the people are in need of the Ahlul hadeeth to give them the authentic narrations concerning their beliefs and other than that.” (Sharf Ashabul Hadith pgs 36-37)

So we can see further from this saying that the likes of the Ashaa’irah unfortunately have left the way of the Ahlul Hadeeth and instead when it comes to the Names and Attributes of Allah Subhanahu wata’ala they began to use their own analogy and their own opinions over and above the authentically proven narrations from the Messenger of Allah sallahu alaihi wasallam and the companions. No doubt this was a grave reason for their leaving the ahlul sunnah wal jama’ah thus leading to their humiliation.