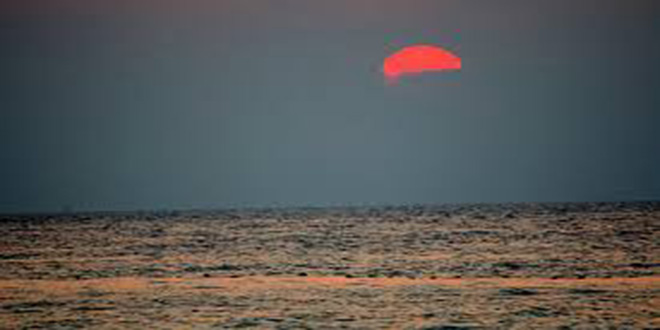 The Reality of the Madhab of Ahl al-Hadith – Part 1

Certain brothers, mostly those ascribed to the Hanafee madhab, have recently began a campaign maligning the Ahlul Hadeeth, their heritage and methodology. In essence, these brothers have detracted from Ahlul Hadeeth, Ahl us Sunnah by having enmity in their positions towards the Ahlul Hadeeth. The detractors, it seems, when attacking the Ahlul Hadeeth seek to do so due the taqleed and tahazzub they have for their own madhab loosing the moral essence that any researcher and academic should have, that is, seeking the truth for the face of Allah azzawajal.

We seek Allah’s aid and assistance from such fanaticism for the sake of a madhab or Imaam at the expense of ikhlaas towards Allah. What follows is a very brief and summarised critique around the submissions and themes which often surface during supposed ‘academic’ discussions by the detractors and Allah’s help is sought.

If it is opined that the Ahlul Hadeeth are a new innovated madhab that had no existence during the first three centuries Hijri, then this is broadly responded to from many angles. Firstly, it must be understood that Ahlul Hadeeth is not a sect like the four madhabs, but, instead it is a methodology which advocates adhering to the book and sunnah with prophet Muhammad as its Imaam and the companions as his students. The way and essence of Ahlul Hadeeth as stated is not based on mere words or slogans but the salaf and Islamic texts have established this fact for us all. Shaykh al-Islam [Ibn Taymiyah] said:

‘We do not mean by Ahl al-Hadeeth only those who study it, write it down or narrate it, rather we mean anyone who takes care to memorize it, understand it and follow it, both inwardly and outwardly. The same may be said of “Ahl al-Qur’aan” (the people of the Qur’aan). The basic quality of these people is their love of the Qur’aan and hadeeth, referring to them and their meanings, and acting upon what they learn.” (Majmoo’ al-Fataawa, 4:95)

Imam Ahmad also is reported to have said:

“According to us, Ahlul hadeeth is a person that Acts upon a hadeeth” [Manaaqib Al-Imam Ahmed Li Ibn Al Jawzi p.208 with an authentic Chain]

There is not a single scholar in the first three centuries of Islaam that mentioned taqleed of the hanafee madhab or Abu Haneefah yet it can clearly be seen that the Ahlul Hadeeth were present and the Imaams and people were upon their way as it was only the Quran and sunnah that were followed and not the madhabs as we have them today.

Secondly, one can also refer to all the books of Aqeedah authored in the first three or so centuries Hijri, they all refer to the methodology of the Sunni being so as to follow the book and sunnah, that is the way of Ahlul Hadeeth without a mention of taqleed of any madhab. Some books which we list below all promote and explain the way of Ahlul Hadeeth in the first three centuries, whilst some authors expressly mention Ahlul Hadeeth, Ahlul Athar, Firqatun Naajiyah, Ashaab ul Hadeeth and so on therein as being the people of truth, saved sect and the way to follow. Nowhere, in these texts will you find the mention of madhabs and blindly following them yet the detractors claim the Ahlul Hadeeth are a new phenomenon and that it is they whom existed at the time of the salaf, this is nothing but a bare faced lie the detractors’ concoct. Such texts are:

Thirdly, Islamic texts and the scholars of Islaam indicate other than what the detractors claim and in fact what one very quickly realises is that it is the madhabist detractors who had no existence during the quruwn ul mufaadhala, whereas, the Ahlul Hadeeth did so.  For example, the prophet said

“When Allah intends goodness for someone he gives them the understanding of the religion” (Bukharee no:71)

No one from the first three centuries ever understood this to mean understanding of a particular madhab but there is consensus on the fact here that it means the understanding of the Quran and sunnah being mentioned as no other sources existed at that time. This is self explanatory as there was no Hanafee madhab or any of the four madhabs for that matter during the era of the companions. Instead, there was only the Book and the Sunnah, that is, the way of that Ahlul Hadeeth.

Furthermore, we find Imams in the first three centuries who expressly mentioned and defended the Ahlul Hadeeth thus showing that Ahlul Hadeeth were not only in existence but it was only the Ahl ul Bidah who opposed and fought them.

This is one of the main Imaams and about whom the Hanafees say their madhab was handed down to them from so it would be wise to pay attention to his words.

‘Imam Ahmad ibn Hanbal did well when he commented on this report by saying that the victorious group who will prevail until the Hour begins is “ashaab al-hadeeth” (the people of hadeeth). Who is more deserving of this description than people who follow the way of the righteous and follow in the footsteps of the salaf who came before us, and exposed the falsehood of the people of bid’ah (innovation) by basing their arguments on the Sunnahs of the Messenger of Allaah (peace and blessings of Allaah be upon him)?’  (Ma’rifat ‘Uloom al-Hadeeth, by al-Haakim al-Nisaboori, pg. 2-3)

We ask if the Ahlul Hadeeth are an innovated madhab why did Ahamd Ibn Hanbal say these words? In fact, we ask where are the texts of the salaf from the first three centuries defending or promoting madhabs?  never mind stating that the Hanafi madhab is the saved sect. In actual fact even the Imaam which our Hanfee brothers have invented a madhab around, Numan Bin Thaabit, Abu Haneefah reportedly said:

‘When a hadeeth is found to be authentic then it is my madhab’ (Shaami p.18)

Therefore, even he acknowledged the way of Ahlul Hadeeth as being the truth. So who would it be other than the Ahlul Hadeeth who would verify the veracity and authenticity of a hadeeth? This clearly shows not only did the Ahlul Hadeeth exist in the first three centuries but the Imaams like Abu Haneefahh were in need of them.

Further, we ask all the Hanafee brothers please produce a single evidence where Imaam Abu Haneefah said to make a madhab on his name?, to blindly follow him and promote it as one ought to promote only the Quran and Sunnah? There is no such statement as the Hanafees and madhabs did not exist during the first three centuries. This is something which Hanafees even a thousand years after the invention of there madhab have had to acknowledge. Mulla Ali Qari said:

In fact even the ardent Hanafee Deobandee Idrees Khan Dehlawee had to admit:

“In the era of the companions the four madhabs, Hanafee, Malikee, Shaafee, Hanbalee did not exist” (Ijtihaad and Taqleed p.11)