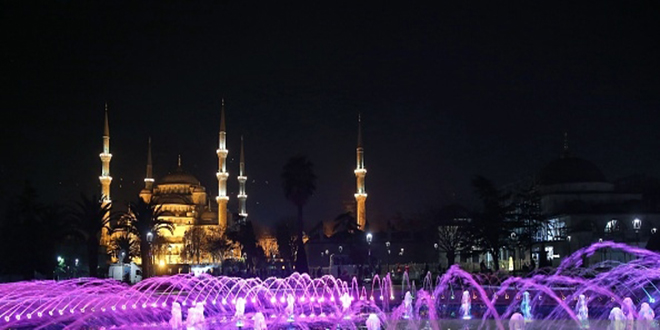 Neşet Çaǧatay in her paper asserts the Shī’te leaders of the Fatimids had such Mawlids recited for the Messenger of Allāh Sallalahu Alayhi Wasallam and ʿAlī RaḍiAllāhu Anhu, this is precisely the Mawlid and Milād celebrations we have today. The Shīʿtes also have their own ideas and concepts of Milād, which they celebrate, in fact there is not much difference between how the Barilwī’s, Sufī’s and Shīʿtes celebrate the Milād, two faces of the same coin. She says under the heading of the history of the recitations of Mawlid,

The historian Ibn Khalkān also enforces this view, he gives a firsthand account of what used to really happen at a Mawlid gathering in his Wafyāt, which will be cited later.

“He would seriously oppress his people and subjugate them, he would always be inclined to forcefully take their wealth without reason. Similarly he would also feed the poor and destitute and offer them charity. He would also spend a lot of money to free those enslaved by the disbelievers.” [Muʿajam al-Buldān [1:138]

Muʿjam al-Buldān goes on to mention a couplet of a poet where he says, he was similar to the prostitute woman who gives charity from the money she earns, oh Woman woe to you, neither commit Zina nor give in charity.

It must be noted here that Ḥāfiẓ Suyūṭi’s assertion and support of the Mawlid  in his ‘Ḥusn al-Maqsid Fī Aʿmal al-Mawlid’ which is a part of his ‘al-Ḥawī Lil-Fatāwa’ was mere reciting of poems and narrating ahadith and athar of his virtue ie his Shamaʿil and nothing of the nature of the current day corruptive heretical practises.

Thus, the Barailwī’s and Sūfī’s scampering and scuttling in order to shield themselves behind Ḥāfiẓ Suyūṭī is futile because he did not advocate nor propagate any of the things this lot gets up to. It must be said based on what we know of Ḥafiẓ Suyūṭi and giving him the benefit of the doubt and with books like ‘Miftaḥ al-Jannah Bi-Ihtijāj al-Sunnah’ and al-Amr al-Ittiba etc.

Neşet Çaǧatay further presents Ḥāfiẓ Suyūṭī’s opinion which also ties in with what other historians have stated with regards to the origins and beginnings of the Mawlid.

This is what Shaikh Ibn Khalkān said after witnessing a gathering of Mawlid and Milād celebrations and festivities. This is a first hand direct account, he said,

“His people were well aware of his extravagance and belief in the Milād and the people from the surrounding towns and areas ie Baghdād, Moṣul, Jazirah, Sinjār, Naṣibīn and other neighbouring countries would visit him. From amongst these people were Jurists, the Sūfi’s, admonishers, reciters and poets. The people would begin visiting him from Muharram and this would continue until Rabī al-Awwal. Malik Muzaffar al-Dīn Kaukabūrī would instruct his people to make 20 wooden mobile dome and each dome would have 4 or 5 levels. He would reserve one for himself and the remaining ones would be for his ministers and advisers. He would decorate them making them flamboyant, he would place musical instruments on them, from the Tabla and other violin based instruments on the different levels of the domes. The people would close their businesses and visit the festivities and celebrations. The domes would be lined in an open area starting from his palace and ending at the Khanqah (Sufi Convents). Sulṭān Muzaffar al-Dīn would visit every dome on a daily basis after Asr, he would listen to the music and look at the drama. He would eventually retire to the Khanqah where gatherings of Music (Qawali – Shirki trance esoteric type of music) would be in full swing and then eventually after the morning prayer he would go hunting. He would return to his Palace before Ẓuhr and this would be his norm during the Milād days. He would celebrate the Milād on the 8th of Rabī al-Awwal one year and then on the 12th of Rabī al-Awwal in the following year due to the difference of opinion regarding the Prophets birthday. A few nights before the Milād, he would march into the open field with his musicians, camels, cows and other animals. He would then sacrifice them and then instruct various types of dishes to be cooked. Then after Maghrib on the evening of Milād he would organise a gathering, thousands of candles lit, some of them were huge which he would use in the procession. The Palace would be decorated and he would make a grand entrance. The huge candles would be places on a platform supported by a person which would eventually make their way to his chambers via procession for the festivities.” [Wafyāt al-A’yān Wa Anbā Ibnā al-Zamān [4:117]

“A person who visited the Milād gathering and celebrations of Muzaffar al-Dīn Kaukabūrī said the food entailed 5,000 cooked goats, 10,000 hens, 100 horses and 100,000 plates of sweets and 30,000 plates of sweet pudding. Well-known and famous learned men and Sūfīs would visit his Milād gatherings, who would be gowned with specific dress wear. He would generously gift them and would also organise sittings of music infested Qawalis from Ẓuhr until Fajr for the Sufīs. He would participate and dance with them. He would spend approximately 300,000 Dinārs every year on the Milād gathering.” [Mirāh al-Zamān [8:681], see also Suyūti, al-Ḥawī Lil-Fatāwa [1:189-190]. Ibn Kathīr, al-Bidāyah Wan-Nihāyah [12:124] and Subl al-Hadī al-Rashād [1:362].