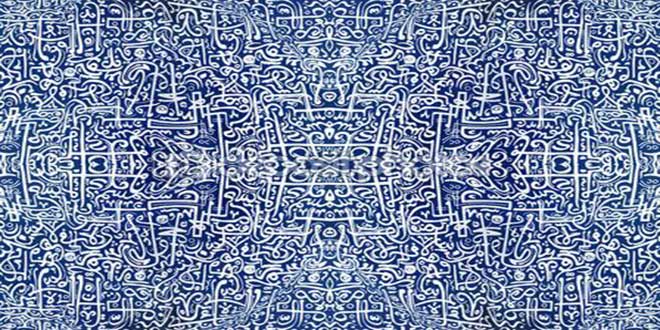 I took time out this morning to refute the مفوضة those that say the ayaat that speak about the Sifat-the apparent wording is not the intended meaning because if we took the apparent meaning it necessitates تشبيه (resembling Allah to his creation) which is Kufr. I thought it was worth taking time out as the majority of the hanafi/deobandis/barelvis propagate this concept and people get confused because they covertly say THIS IS THE MADHAB OF THE SALAF

Ahlus Sunnah, the Salafis would say that “Allah has two hands that suit his majesty without resembling Allah to his creation or say how, or distorting or even negating these attributes. A مفوض would say NO we cannot affirm because we would be resembling Allah with his creation, so we say only Allah knows best of the meanings in these ayat.

– And you can refute these people from the perspective of intellect.

1) Every Ayat in the Quran that speaks about the Quran being a GUIDANCE, THE LIGHT, CLARIFICATION for everything demolishes their claims because they say the intended purpose is unknown. So how can unknown ayah guide you when Allah told us,

تبيان لكل شيء
Clarification for everything

2) Every Ayat in the Quran that speaks about pondering and contemplating destroys their concept, Allah says

“(It is) a Book We have revealed to you abounding in good that they may ponder over its verses.”

Did Allah say “Ponder over its verses – EXCEPT THE AYAT OF THE SIFAT” Or did he say all ayat ????

3) Every Ayah that speaks about the Quran being clear and manifest in the Arabic language SO THAT IT CAN HELP A PERSON COMPREHEND WITH HIS INTELLECT. Look what Allah said

Surely We have made it an Arabic Quran that you may understand.

Surely We have revealed it– an Arabic Quran– that you may understand.

The question that I present to them, how can a person use his intellect and comprehend / understand the ayat if THE MEANINGS ARE UNKOWN.

4) Every Ayat that talks about the Quran being easy for remembrance refutes this concept,

And certainly We have made the Quran easy for remembrance, but is there anyone who will mind?

The point is that anything that is easy for remembrance is normally manifest and clear in its meanings.

Or do you think that most of them do hear or understand? They are nothing but as cattle; nay, they are straying farther off from the path.

So if you want to be like those mentioned in the Ayah that  CATTLE or MORE ASTRAY then take on this madhab of not comprehending the Ayat of sifat.

Refuting Their Doubts Through The عقل the Intellect

The  Prophet (SalAllahu Alayhi Wasalam) said “ما تركت شيء يبعدكم عن الله ويقربكم الى النار الا ونهيتكم عنه ”
I haven’t left anything that further you away from Allah and gets you closer to the hellfire except that I prohibited you from it.

And then after all this brothers he left his ummah without clarification in regards to the most greatest of matters ?????

2) The people of Knowledge have unanimously agreed انه لا يجوز تاخير البيان عن وقت الحاجة
That it is not permissible for the  Prophet (SalAllahu Alayhi Wasalam) to delay CLARIFYING AN EVIL MANNER AT ITS TIME.

There are many narration the Prophet (SalAllahu Alayhi Wasalam) ordered every one to read the Quran, small, big, ignorant, clever, man and woman.

Is it possible now the Prophet (SalAllahu Alayhi Wasalam) would command all these people to read the Quran when they would come across ayat (of Asma and Sifat) and the apparent of it is KUFR as they claim without notifying them ???

Did he say to them “OH COMPANIONS read the Quran BUT WHEN YOU COME TO THESE AYAT do not take the APPARENT MEANING because it is تشبيه which is KUFR ???

How can this be possible when the companions asked questions, verified affairs and were the most eager to learn when they didn’t understand something !!!

The prophet salalahu alayhi wasalam said to Abu Hurairah (RadhiAllahu Anhu)  ” لقد ظننت ان لا يسالني عن هذا الحديث احد غيرك لما رأيت من حرصك على الحديث
I never thought some one other than you would ask me about about this matter due to the eagerness I saw in you to learn hadith.

And those who give what they give (in alms) while their hearts are full of fear that to their Lord they must return,

This is so because every tom dick and Harry can turn up tomorrow and present any Ayah from the Quran and say this Ayah or that Ayah is from the متشابهات. Oh you مفوضة (who have said the apparent meaning is not correct in the ayat pertaining names and attributed. Then all the other commandments in the Quran which are apparent SHOULD ALSO NOT BE TAKEN.

When Allah prohibited ZINA, why don’t we say it has a meaning only Allah knows??? When Allah prohibited shirk, why don’t u say that it has a meaning only Allah knows ?? And so on. The philosopher will come to you and say the matters of the hereafter, “Come on these things are impossible because we cannot see them SO THERE MUST BE ANOTHER MEANING TO IT.” So our whole religion might as well be said about it “Only Allah knows it’s correct meaning “