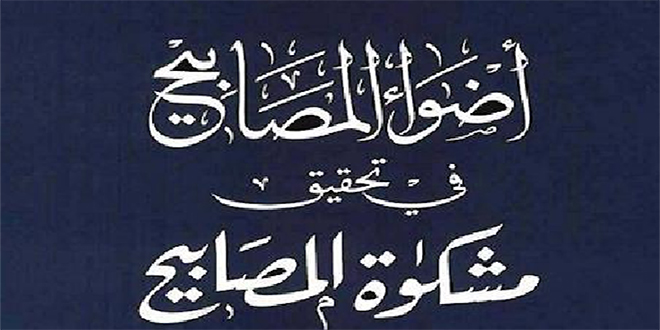 [2] ʾUmar Bin al-Khaṭāb (رضى الله عنه) said, one day we were sitting in the company of Messenger of Allah ﷺ when there appeared before us a man dressed in pure white clothes, his hair extraordinarily black. There were no signs of travel on him. None amongst us recognized him. At last he sat with the Prophet ﷺ. He knelt before him placed his palms on his ﷺ thighs and said: Muhammad, inform me about al-Islām. The Messenger of Allah ﷺ said: Al-Islām implies that you testify that there is no diety worthy of worship in truth except Allah and that Muhammad is the Messenger of Allah, and you establish Salāh, pay Zakāt, observe the fast of Ramadān, and perform Hajj to the (House) if you have the ability and means (to afford the expense of) the journey. He (the inquirer) said: You have told the truth.

He (ʾUmar Bin al-Khaṭāb) (رضى الله عنه)) said: It amazed us that he would put the question and then he would himself verify the truth.

He (the inquirer) said: Inform me about Imān (faith). He ﷺ replied: That you affirm your faith in Allah, in His Angels, in His Books, in His Messengers, in the Day of Judgment, and you affirm your faith in the Divine Decree about good and evil. He (the inquirer) said: You have told the truth. He (the inquirer) again said: Inform me about al-Ihsān (performance of good deeds). He ﷺ said: That you worship Allah as if you are seeing Him, for though you donʾt see Him, He, without a shadow of a doubt, sees you. He (the enquirer) again said: Inform me about the hour (of when the Day of Judgement will begin ). He ﷺ remarked: One who is asked knows no more than the one who is inquiring (about it). He (the inquirer) said: Tell me some of its indications. He ﷺ said: That the slave-girl will give birth to her mistress and master, that you will find barefooted, destitute goat-herds vying with one another in the construction of magnificent buildings. He (the narrator, ʾUmar Bin al-Khaṭāb (رضى الله عنه)) said: Then he (the inquirer) went on his way but I stayed with him ﷺ for a long while. He then, said to me: Umar, do you know who this inquirer was? I replied: Allah and His Messenger knows best. He ﷺ remarked: He was Jibraīl (the Angel Gabriel). He came to you in order to instruct you in matters of religion.

[UNDERSTANDING FROM THE HADĪTH]

1.This is an excellent and great hadīth. The author of Mishkāt omitted the beginning of the hadīth. The summary of the missing part is as follows:

“Even if among them (those who deny the Decree) spend in charity the equivalent of Mount Uhud in gold, Allah will not accept it.”

We learn from this that the deeds of innovators (who do big acts of innovation in the religion) are rejected.

2. The meaning of faith is to speak it with the tongue and have actions of the limbs. Salāh, the fasts of the month of Ramadhān and to perform the great pilgrimage (Hajj) are 4 actions of faith and are from the main pillars of faith.

4. Angels have been appearing on the Earth in human form, while their original form is quite different from this. Angels also have wings.

(Note: The above book has also been published with my Urdu translation, verification and beneficial points)

Imām Daraqutnī said, “This hadīth is worthy of being called” Umm as-Sunnah “(the mother of the Sunnah) because it contains a lot of knowledge of the Prophetic Sunnah many.” (Fath ul-Barī 1/125)

6. It is established from the religious texts that it is compulsory for the Muslim who has reached the age of puberty and is of sound mind (along with meeting the criteria where ones deeds are counted), to perform the 5 daily prayers, to fast the month of Ramadhān each year, to pay the Zakāt once a year and to perform Hajj once in a life time.