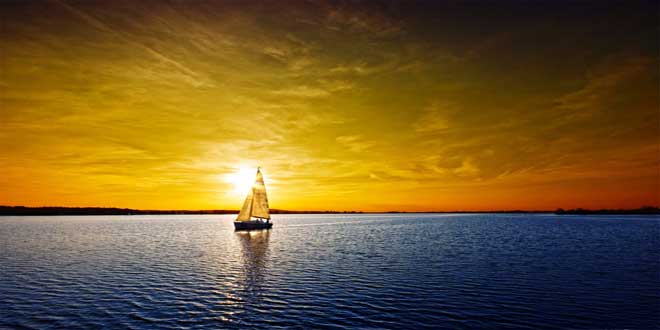 A series of articles based on the critique of Shaikh Irshad ul-Haq al-Athari of the aforementioned book, which has been published in English.

We intend to present our criticism of some of the discussions in the aforementioned article and the actual book in the proceeding lines. However, before we begin the main discussion we would like to analyse the introductory remarks made by Mawlana Atiq Ahmed Qasimi made.

The Extent of the differences of the Imams.

“There are no differences between the Mujtahids with regards to the foundational aspects ie the fundamentals of the religion and the Islamic shariah. The fundamental core of the Islamic shariah has been past down generation via the general masses in the same manner we understand tawatur. The elements of the shariah which have reached us via a single report from a single narrator (ie Khabar Wahid an Wahid) are the aspects in which the imams of ijtihad have differed over. These differences did not begin with the imams of ijtihad but rather the companions also differed over these issues. The differences they had in these issues were of the type as to which issue had precedence over another, ie which thing was more better etc. Differences that were based on what was impermissible or permissible or that which was correct or incorrect were not even 10% (of these differences) (Bayyinat pg.17-19 Vol.52 issue no.4)

(1) The core fundamental issues are extrapolated from the Mutawatir Hadith and there are no differences of opinion in them.

(2) Parts (of the shariah) that are interpolated or extrapolated from Khabar Ahad (or Wahid) are where most of the differences occur.

In our analysis we do not want to digress and discuss whether narrations that are Khabar Ahad affirm our aqidah and obligatory acts or if differences exist in aqidah or not. (For further. Reading on this discussion refer to al-Hadith Hujjah Bi-Nafsihi Fil Aqa’id Wal Ahkam of Allamah al-Albani Hafidahullah)

What we want to highlight here is that not only were there differences in Khabar Ahad among the respected jurists but also in established rulings from mutawatir narrations. Therefore, the latters deduction is not only exaggeratively extreme but also contrary and contradictory to the true reality. In addition this statement has a foul stench of the traditional Hanafi position of disregarding Khabar Ahad.

Whilst bearing in mind this distinction Mr Qasimi has rendered, remember the jurists did have differences between them for example how to lower the body of the deceased into a grave. Imam Abu Hanifah said the pyre of the deceased should be turned towards the qiblah and then the body should be lifted and lowered into the grave. However Imam Shafi said the deceased should be lifted from the feet side first and then lowered into the grave. Rather in fact he clarified in Kitab al-Umm,

“Our trustworthy companions have informed me the grave of the Messenger of Allaah (Sallalahu Alayhee Wasallam) was right next to the right hand side wall of the house and he was lowered into lahd which was below the wall. So there was no other way except to lower him with his feet first instead of turning him to face the qiblah from the other side. Rulings pertaining to the deceased and issues in how to lower them into grave are well known to us due to the sheer number of deceased people from amongst the scholars of the din and the trustworthy individuals. These things are so well known and common such that they do not require Hadith and therefore looking or searching for Hadith is unnecessary work. The actions of the Messenger of Allaah (Sallalahu Alayhee Wasallam) and the Muhajirin and Ansar are with us via the route of the masses transmitting from the masses. They had no differences that the deceased should be lowered into the grave by his feet first.” (Kitab al-Umm (1/241-242)

The most interesting part of this lengthy statement is that according to Imam Shafis terminology, which Mawlana Qasimi declared to be Mutawatir, he mentions this issue by the masses transmitting it and classified it as a Mutawatir action. He also said searching for Hadith concerning this issue was unnecessary. However you see even in this issue which was established via the route of Mutawatir there are differences of opinion.

Similarly we have the issue of performing wudu if you eat something that has been cooked with fire.

Similarly the issue of delaying the Zuhr prayer due to the heat.

Likewise the issue of praying the fajr prayer in the light

Similarly the Hadith there is no Salah without the Fatihah

Likewise the issue of performing wudu if you touch your private parts.

Likewise and similarly the issue of Raf ul-Yadain ie raising the hands whilst going in ruku and rising from it.

Likewise the issue of the middle prayer being Asr

Likewise the Hadith of performing ghusl on Fridays

And other such Hadith the scholars of expertise have declared to be Mutawatir. Do not the jurist differ over these issues? Concerning the ghusl on Fridays, Hafidh Ibn Qayyim said,

The people of knowledge know how Hafidh Ibn Qayyim has differed and rebuked the madhabs but who does not know that the jurists differ over this issue. Hence saying that differences in this aspect of narrated from the person to another that have reached us, in reality how this is total contradiction to the reality.