A Brief Reminder on Knowledge (Ilm)

“…And when you are told to rise up, rise up. Allah will exalt in degree those of you who believe, and those who have been granted knowledge…” (Soorah Mujaadilah:11)

” …It is only those who have knowledge among His slaves that fear Allah…” (Soorah Faatir :28)

The Messenger of Allaah (Sallalahu alayhee Was-Sallam) said, “Whoever Allaah wishes to show goodness he grants them the understanding of the deen.” (Saheeh al-Bukhaari with Fath (6/217)

The Messenger of Allaah (Sallalahu alayhee Was-Sallam) also said, “Whoever ventures out to seek knowledge then Allaah makes easy for him the path to Paradise.” (Saheeh al-Bukhaari with Fath (1/160)

The Messenger of Allaah (Sallalahu alayhee Was-Sallam) said, “To seek the knowledge of Islaam is compulsory for all the Muslims.” (Sunan Ibn Maajah (1/244)

The Messenger of Allaah (Sallalahu alayhee Was-Sallam) said, “Whoever seeks a path of gaining knowledge then he is in the path of Allaah up until he returns.” (Sunan at-Tirmidhee (5/2647)

Hasan al-Basree would say, “The knowledge gained in childhood is like a line in a stone.” (Jaami Bayaan al-Ilm Wa Fadlihee (1/82)

Alqamah would say, “That which i learned in my childhood has sunk in my mind so much so that it is as if i am seeing it written on paper.” (Tabaqaat Ibn Sa’ad (6/87) 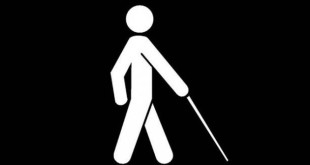